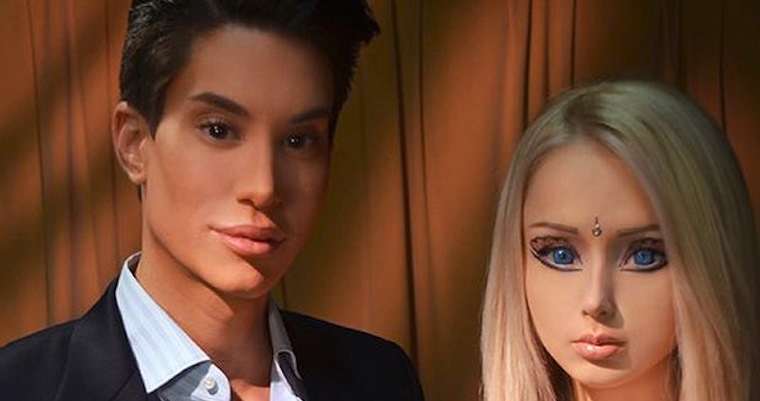 You would think the man and woman who surgically altered their bodies to become human Ken & Barbie dolls would get along pretty well. Turns out they don’t.

It’s a sad day for love. What should have been the easiest, most obvious hook up of all time turned out to be an awkward, tension-filled encounter after which the would-be couple took turns in verbally decimating each other’s cosmetic choices. Projecting much?

Valeria Lukyanova (who we’ve previously featured alongside Anime Girl) is an admittedly FIT, if slightly frightening, Russian blonde with an insanely thin waist, fake tits, a perfect doll-like face and big blue contacts that make her look just like a real life Barbie doll. She insists the only surgery she’s had is a breast enlargement, and the rest of her look is the result of hours of pain staking but ostensibly necessary make up application. 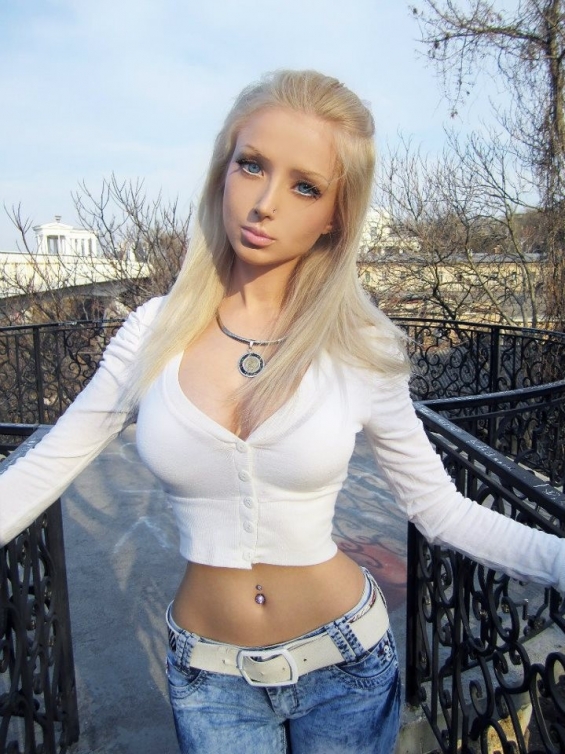 Justin Jedlica is her male equivalent, having had 100 cosmetic surgeries in his quest to look like a living, breathing Ken doll. The guy has spent £70,000 and countless hours under the knife in aesthetically improving his face and body. I want to judge him so bad but the truth is the guy seems completely happy with all the work he’s had done and part of me thinks ‘well, good for him, if he’s happy’.

The other part wonders whether his surgeons at any point considered refusing him surgery and referring him to a therapist instead? Isn’t there some kind of ethical duty to promote mental well being over radical cosmetic change or is the latter the only way someone like Justin Jedlica will ever experience happiness? In hindsight, would there have been much point trying to help him accept and be happy in the body he was born with, now that he’s found happiness in his new form? 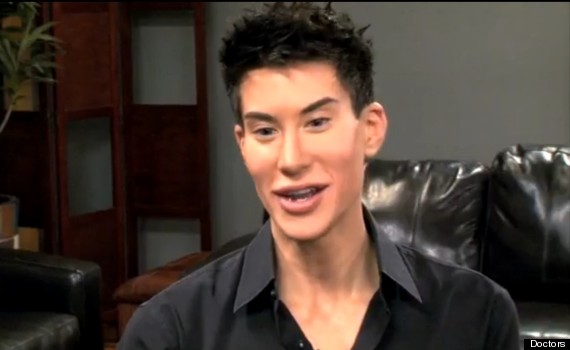 “This is something everybody strives for”, says Justin, who if you ask us looks more like Octomom than a Ken doll.  “Ken is looked up to by most boys,” he adds with a straight face, as you begin to wonder what kind of bloke we’re really dealing with here.

So inevitably the real life Barbie & Ken met up and it turns out, they hate each other. Check out the mega awkward double cheek kiss in the video below. After their frosty meeting, it wasn’t long before the claws came out:

“Much of her look is added make-up, fake hair and slimming corsets. Drag queens have put on the same illusions for years”, said Justin. MIAOW!

“Justin said bad things about me but he had more than 90 operations, while I only had one. I had breast implants because I want to be perfect. He would do better not to comment on who is plastic and who is not. I think he is a handsome man — but he overdid his lips.” BURNNNN.

So sadly, these two won’t be shacking up in some big dreamy castle, where they could have spent their days tending to pet unicorns and mass producing an army of silicon babies to guide the rest of us regular-looking folk into an aesthetically-pleasing future. Shame, really.