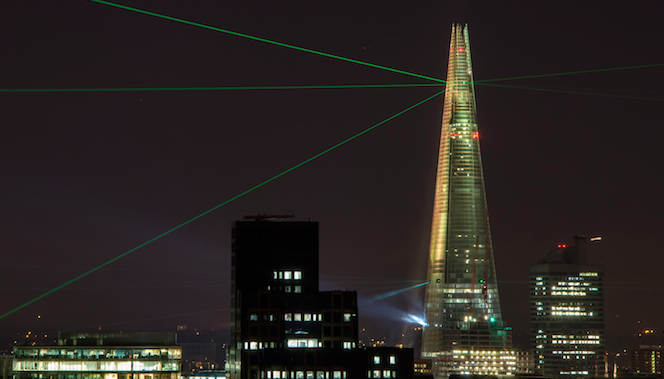 Six Greenpeace protesters are currently climbing up The Shard – the biggest building in Western Europe – to protest against Shell’s oil drilling in the Arctic.

This is probably one of the coolest things to ever happen in the conjoined history of protests and social media, although something awesome seems to happen every couple of days in that field now. Anyway, I don’t know how long this has been planned or if it was all secret or whatever but I was cruising the internet today and suddenly everyone was posting about the #iceclimb, and I looked out of my window and could almost see it happening live too. If only I had a telescope or a pair of binoculars or something.

Basically six women from Greenpeace called Victo, Ali, Sabine, Sandra, Liesbeth and Wiola are climbing up The Shard in London – the tallest building in Western Europe – to protest against Shell’s current oil drilling campaign in the Arctic which is destroying the ecosystem up there. They chose The Shard because it was modelled on a shard of ice – fitting – and because it’s slap bang in the middle of Shell’s three London headquarters. Not sure why they have three London headquarters and not just one but that’s some really nice imagery sure too. 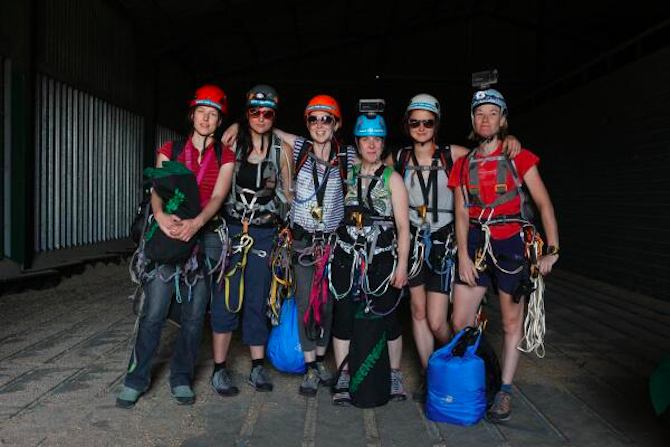 What’s really awesome about this protest though is how they’ve integrated an awesome social media campaign to help them. They’re live streaming their climb over at iceclimb.savethearctic.org and they’ve got helmet cams and loads of different angles to view it on and commentary/interviews etc etc. Around 11,000 people are currently watching it live. They’ve also got live updates of how high they’re up the building (it’s around 150 metres of 310 metres at the moment) and loads of people are tweeting with the hashtag #iceclimb their messages of support which also show up on the site.

The best part perhaps though is that when you first view the site you get hit with the option to add your name and a message to their petition to save the Arctic, and this number seems to be constantly rising and rising. Their aim is to reach 31000 names but I think by the time I’ve posted this article they will have smashed it because it’s just going up and up and up. You can check out some of Channel 4’s coverage of it below if you’re too lazy to go over to the actual site, but you really should so you can sign up to the petition because that’s important, you know?

Apparently people first found out about the #iceclimb today at 7:30am when Greenpeace posted some pictures of it. The women have been climbing The Shard since 4:00 am and managed to access it by climbing on the roof of London Bridge railway station.

The owners of The Shard have implored the climbers to stop their ascent because obviously it’s really dangerous but it seems unlikely this is actually going to happen until they get to the top right? The Metropolitan Police and British Transport Police are also on the scene but can’t really do anything to shut them down either without risking injury/death so it looks like they’re in it for the duration which is really cool and will only succeed in raising more awareness which is what they wanted.

Shell have issued the following rent a statement that doesn’t really say anything and is typically corporate and non-committal: ‘Recognising the right of individuals to express their point of view, we only ask that they do so with their safety and the safety of others, including Shell personnel and customers in mind. Oil and gas production from the Arctic is not new. The Arctic region currently produces about 10 per cent of the world’s oil and 25 per cent of its gas. If responsibly developed, Arctic energy resources can help offset supply constraints and maintain energy security for consumers throughout the world. Shell has been operating in the Arctic and sub-Arctic since the early 20th century, giving us the technical experience and know-how to explore for and produce oil and gas responsibly. We work extensively with global Arctic stakeholders to research and develop standards and best practice on biodiversity, ecology, marine sound, oil spill prevention and response, safety and health.’

â˜› Check This Out Next: New Environmental Thriller The East 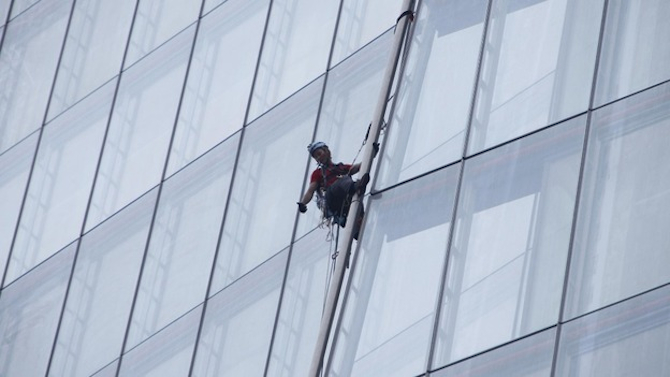 I would be lying if I said that the prevention of the destruction of the Arctic is one of my main priorities but I’ve got a lot of time for Greenpeace and these women after this stunt because not only is it completely badass to try to climb up The Shard, but they’ve also completely smashed the associated social media campaign and the whole thing is a pretty outstanding protest stunt. It seems to be working too as you can see by the constantly growing number of signatures on the site and the amount of people tweeting about the whole thing.

Hopefully with the use of social media, this stunt will actually lead to some change in the Arctic or at least prolonged awareness of the problem throughout the general public and won’t just be remembered for being completely badass like protest stunts in the past, where often I feel like the aim of the campaign is quickly forgotten. Here’s hoping. Go sign the petition here.