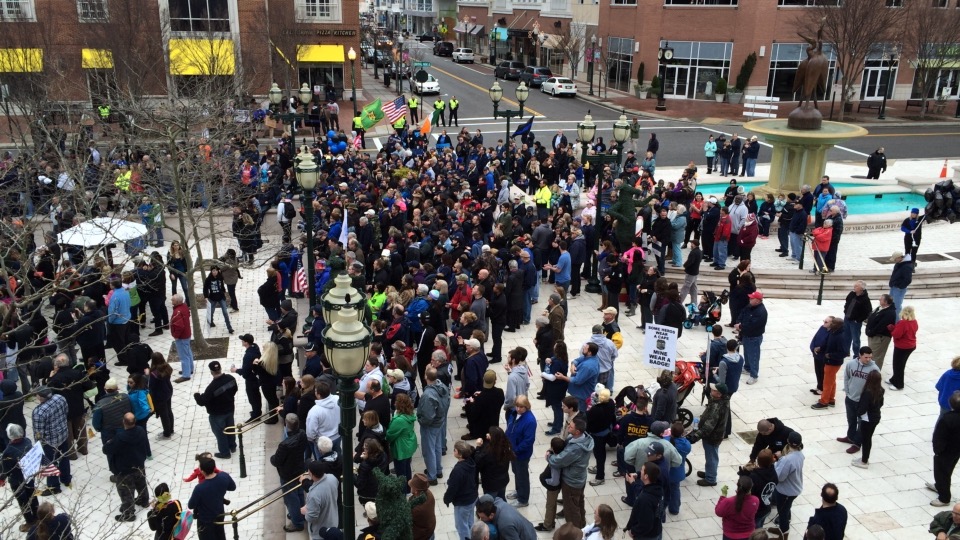 We went to Virginia Beach to see the other side of the police brutality protests.

A rally to show support for the police happened on Saturday in Virginia Beach, Virginia. Organisers wanted to show a contrast between the nation wide anti-police brutality protests, which sprung up with the deaths of unarmed men Mike Brown, Eric Garner, and others.

Demonstrators met in the Sears parking lot at Pembroke Mall and began marching towards the Town Centre (Downtown area). Bagpipes marked the beginning of the event played by former police officers followed by loud cheers and clapping in support.

The organisers, Rosso, Holcombe, and O’Connor, say that the media is filled with negative news about police. They wanted to show an alternative perspective. But one Virginia Beach resident we spoke to disagrees.

I don’t understand why they are doing this here. It’s peaceful here. This ain’t got nothing to do with us. This ain’t Ferguson.

Says the resident who didn’t want to be named.

The rally had about 500 attend, many current police officers, family, and friends. The event heard from several locals who read a list of names from fallen police, sung songs, or told personal stories about when the police helped them.

Virginia Beach Chief Of Police attended and could be seen walking around laughing, smiling, and chatting up the attendees.

“The rally reinforced what a supportive community Virginia Beach has been”, Police Chief Jim Cervera said.

“We believe in the same thing. All lives matter,” Cervera said. “Did you see the sign they had that said, ‘Strong communities make police obsolete’? That was a great sign.” Pointing to about a dozen protesters across the street. 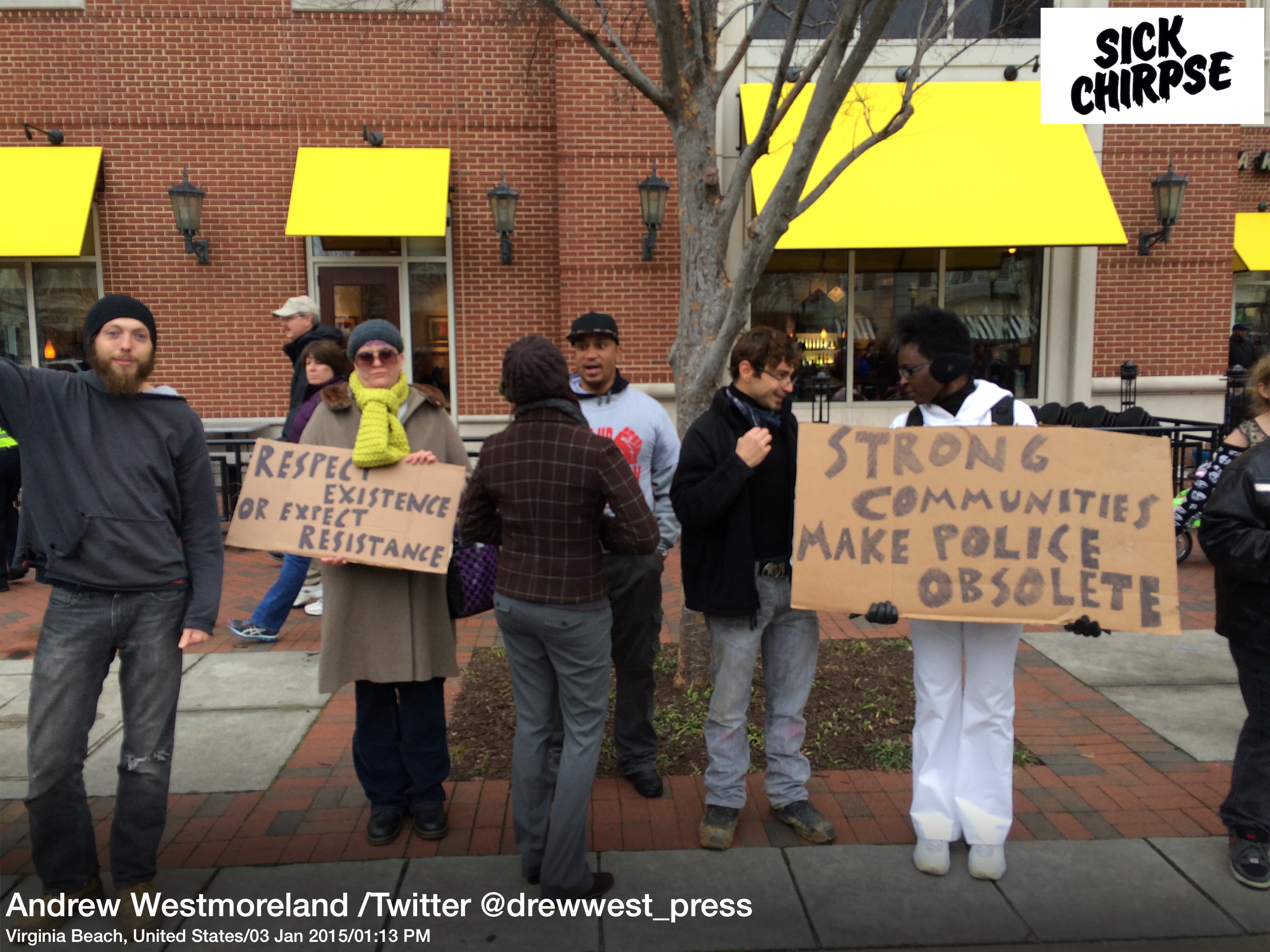 The few protestors that showed up were completely silent the entire event but became vocal after several of the police supporters yelled obscenities at them. Some words were exchanged and that lead into full on chanting of “Hands Up Don’t Shoot.”

What I got out of this rally was there seems to be this need for the conservative base to counter everything they don’t agree with. I felt as if this event was masked with patriotism, nationalism, and restraint for what they really intended. They used heavy emphasis on words like “criminals” in such a tone that made one wonder what they were really talking about. While most seemed genuinely interested in supporting the police, many were clearly there for other motives.

Some of the signs were very political, targeting celebrity civil rights activists such as Al Sharpton and Jesse Jackson. While I agree that both are way passed their time and useless to today’s issues, the over laying tone was extreme. I over heard several comments referring to the police brutality protestors as “out numbered”, “out gunned”, and other military terms.

It seemed as if the real purpose of the rally was to cause division and stir up issues in the local area where there are none. Virginia Beach is a very mild area and the crime rate is extremely low. There is very little issues between citizens and authority in Virginia Beach. If this rally was organised a year ago then we could assume its intentions were pure, but the fact remains that it was a direct response to Ferguson and the national outcry against police brutality. It could easily be interpreted as a disrespectful attempt to mock the deaths of hundreds of unarmed civilians by some. Several of those in attendance made remarks that support this possibility.

While I stand firm that there is a need for police, I truly believe that this rally was out of touch, out of place, and out of reality.