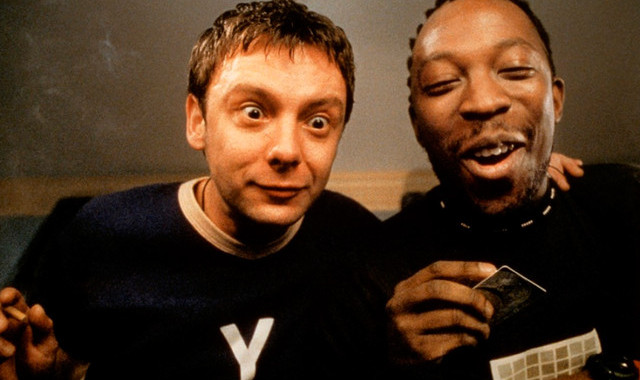 Apparently the much loved 90s rave culture classic ‘Human Traffic’ is going to be getting a sequel.

All of the original gang are set to return – yes, that means Danny Dyer’s Moff will be there having a blast – in a film that will be written and directed by the man behind the original, Justin Kerrigan. The story will see the gang spend another ecstasy fuelled weekend in Ibiza. Of course. Its working title is ‘Human Traffic: The Revolution’.

The film hasn’t been officially announced yet, but a Facebook page was set up for it earlier this year by production company Parallax East which seems to suggest it will be happening sooner rather than later. Danny Dyer had this to say yesterday, which is only going to further fuel these rumours that it’s on its way:

Moff. One of my favourite characters ever. That's all I'm saying on the matter. 😉 https://t.co/g7BwoXY4hc

Although it might be a bit unrealistic/sad to see a bunch of people in their mid 30s going to Ibiza for a pill fuelled weekend, I’m sure most people who grew up in the 90s going to raves can probably identify with it. I mean it’s what we’re all doing now really isn’t it? This will be a fun movie whatever happens, and it’ll be great to see what Moff, Jip, Lulu, Koop and Nina are all up to now. Just hurry up and make it yeah?

This already follows an excellent week of British movie announcements, with the ‘Trainspotting 2’ release date being confirmed and ‘ID’ 2 being announced.