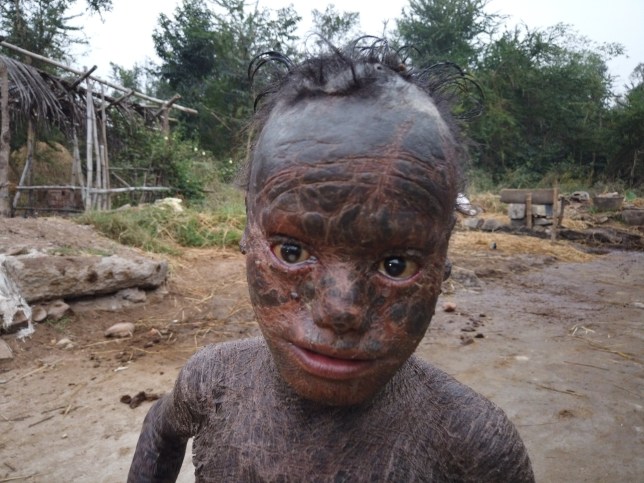 The ten year old boy has a rare skin condition.

Every now and then you read about something on the internet and think why the hell does that even exist, it literally benefits absolutely nobody and this is going to be one of those times as we introduce you to the Human Snake.

The Human Snake is a ten year old boy from the Ganjam district of Eastern India known only as Jagannath, who suffers from a condition known as ichthyosis. This means that the shedding of his skin cells is either too slow or the skin cells reproduce at much faster rate than the old skin is shedded – either way it causes a build up of rough, scaly skin that has to be shed every four to six weeks.

Jagannath is thusly forced to bathe himself every hour and apply moisturiser every three hours to try and relieve the symptoms of his condition. His skin often becomes so tight that he is unable to walk properly and needs to use a stick to help him stretch out his limbs.

It sounds like an absolutely terrible situation for the young kid. His father works as a labourer in a poppy field and said the following about Jagannath: 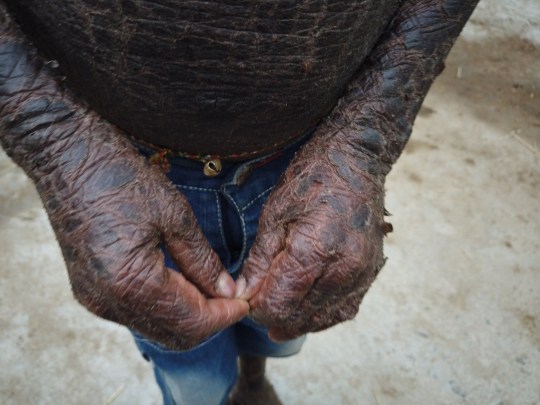 My son has suffered this disease since childhood, and there is no cure for it.

I do not have enough money to take him for a treatment and my heart breaks seeing him suffer with this cursed disease every day.

The disease is not treatable but some doctors say there is a cure.

Damn. You would think some doctor somewhere would do something Pro Bono for this poor kid to stop him suffering, especially if the disease was actually curable, but I guess not. Hopefully the increased media attention he’s receiving will encourage someone to do something about it.

For more of the same, check out this woman who got eaten alive after taking Krokodil. Seriously grim.