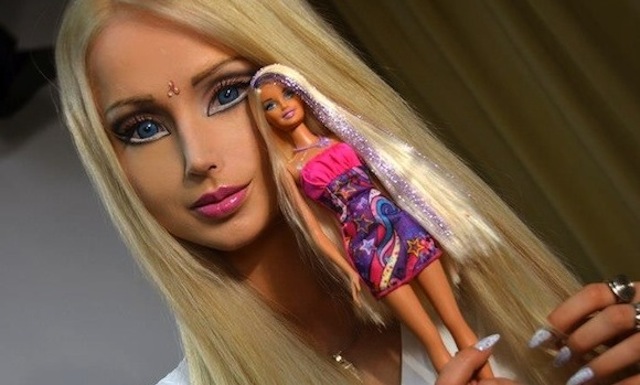 Valeria Lukyanova, the Ukrainian â€˜Human Barbieâ€™, has put her foot in it after suggesting that the push for plastic surgery procedures in the West is â€œbecause of race-mixing.â€

Valeria Lukyanova, the Ukrainian ‘Human Barbie’, put her foot in it earlier this week by suggesting that the push for plastic surgery procedures in the West is “because of race-mixing.”

She told GQ Russia: “Ethnicities are mixing now, so there’s degeneration, and it didn’t use to be like that. Remember how many beautiful women there were in the 1950s and 1960s, without any surgery? And now, thanks to degeneration, we have this.”

“I love the Nordic image myself. I have white skin; I am a Nordic type — perhaps a little Eastern Baltic, but closer to Nordic.”

In the same interview she said she was “against feminism” and said about having children: “The very idea of having children brings out this deep revulsion in me. Most people have children to fulfil their own ambitions, not to give anything. I’d rather die from torture because the worst thing in the world is to have a family lifestyle.”

Well OK then! Why don’t you tell everyone how you really feel Valeria? 90% plastic, 10% Nazi – what a mix. Regardless of how she feels about kids though I don’t think anyone was ever really worried about Human Barbie having children of her own; you’ve probably got a better chance of impregnating one of those rubber Chinese sex machines. Don’t get me wrong, I’m not saying I wouldn’t take Valeria out for a nice light and air dinner and then have the weirdest most plastic-infused sex of my life with her, but for such an (artificially) pretty girl she’s got a seriously nasty mouth on her.

More pics of Valeria on the next page… 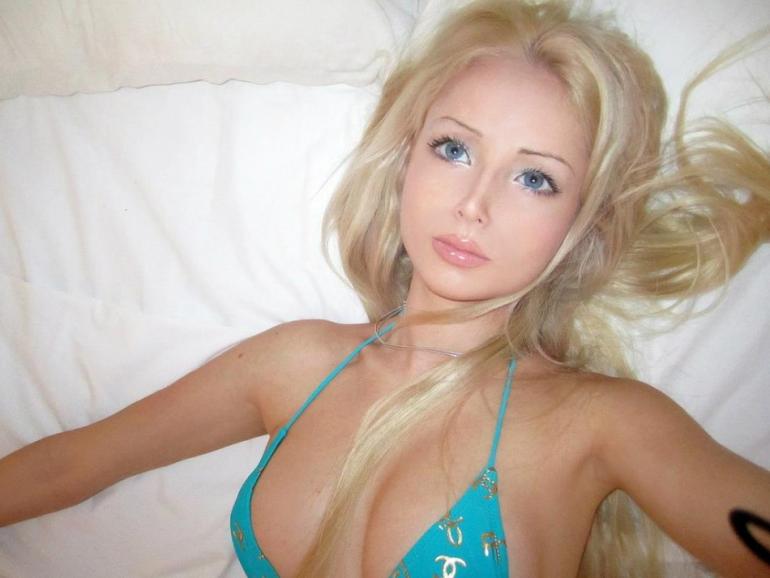