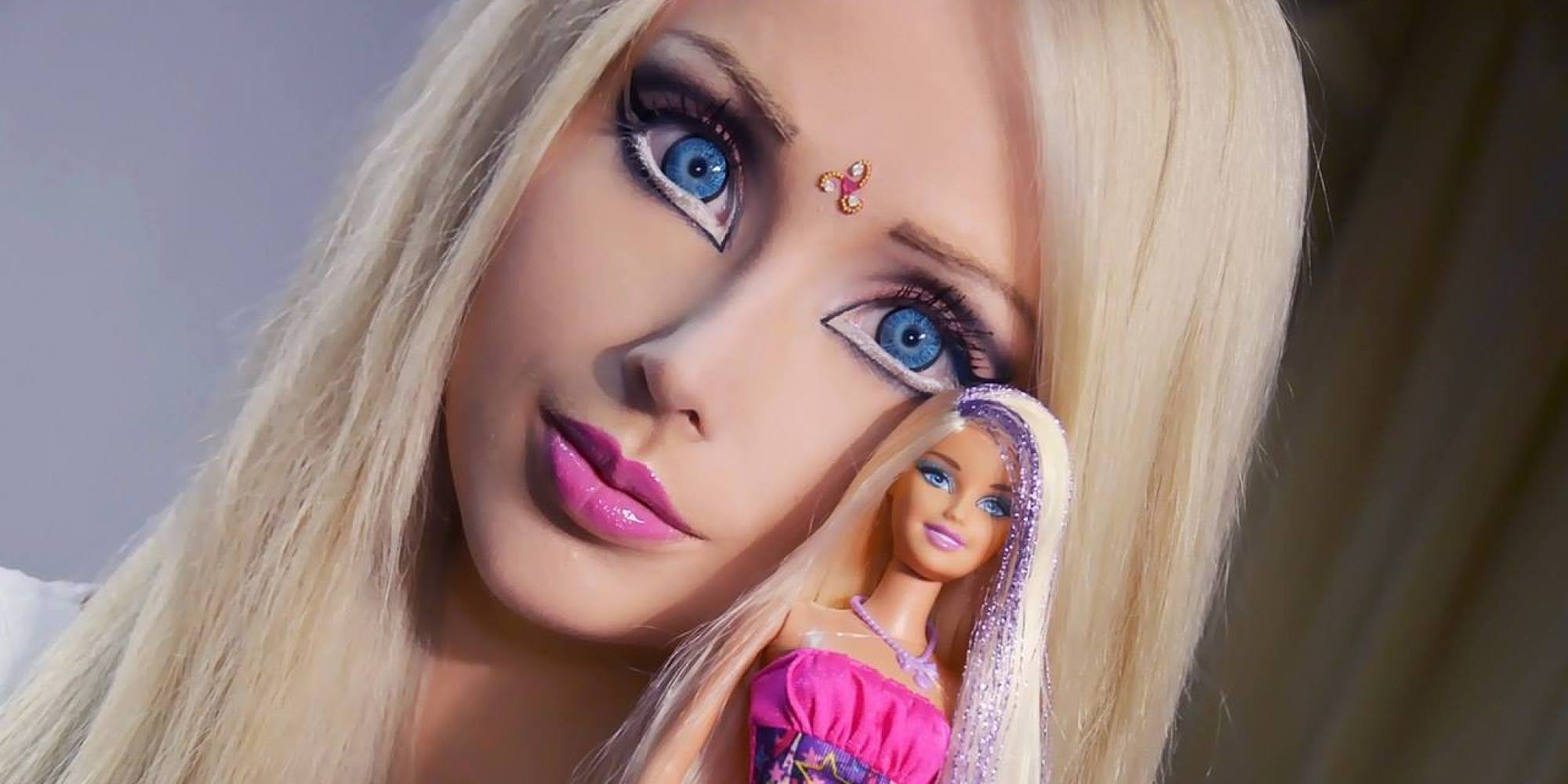 Earlier last year Valeria Lukyanova, or the ‘Human Barbie’ as she is more commonly known, was feeling pretty low after she was called out by a beauty pageant for looking like, “just a slim blonde in glasses.”

I can’t help but assume that these insults have had something to do with her recent body transformation. As someone who bases her entire life around aesthetics, those statements must’ve really hit her where it hurts. But instead of moping around about it or perhaps spending time developing some genuine talents or interests, Valeria appears to have undergone yet another waist reduction surgery. I can’t confirm this to be the absolute truth, but when you see her recent holiday pictures, you’ll more than likely agree: 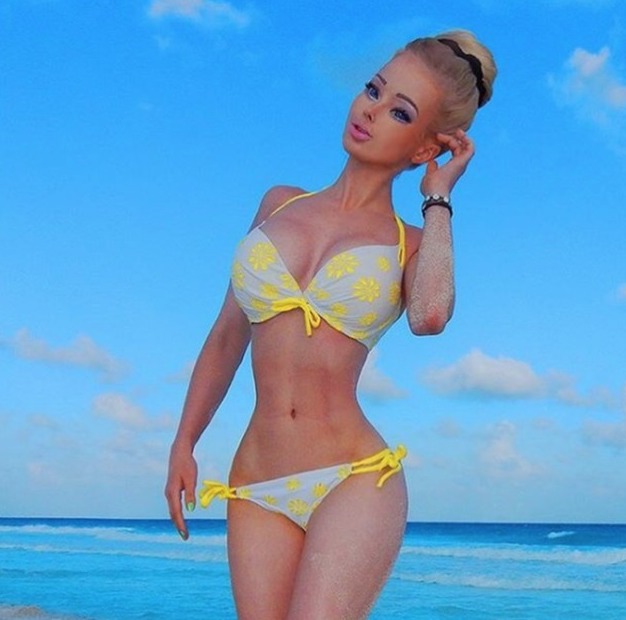 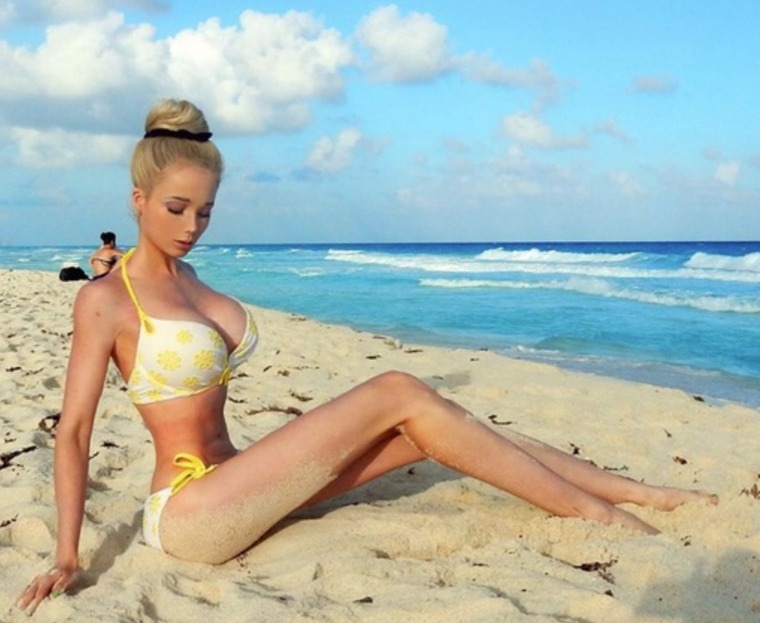 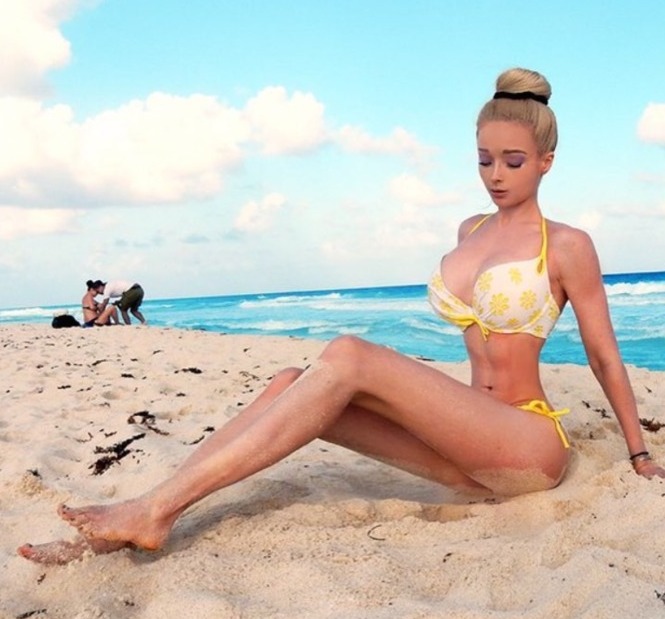 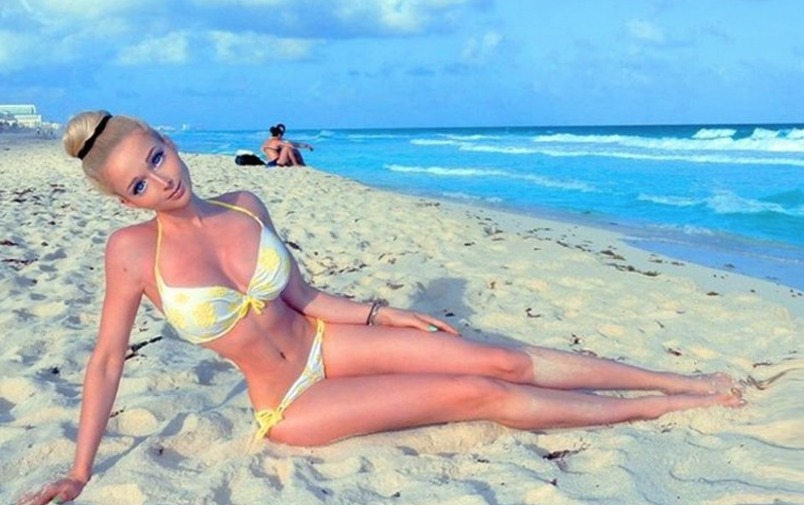 Oh yeah, and she also tried to pull a Kim K with the whole topless selfie bathroom mirror picture:

Freaky shit. She might think she looks cute and pretty, but if I met this woman down a dark alley I would shit a brick. That would make a pretty decent b-movie horror come to think of it – ‘Attack Of The Human Barbie Doll’. You saw it here first.

If you’re not sufficiently freaked out yet, just check out the Human Barbie family photo shoot. That’ll give you the creeps.