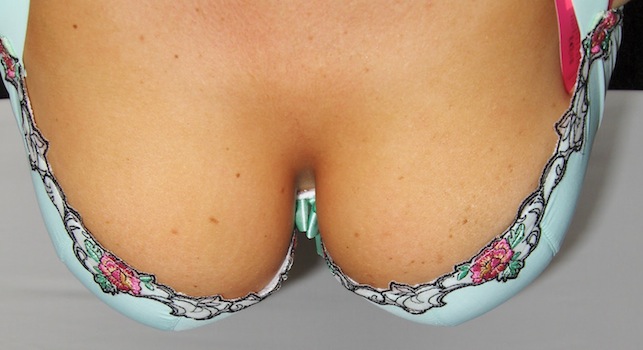 Recent scientific research has revealed that boob tissue ages at a faster rate than any other tissue in the body.

I don’t know why but I always imagined my boobs to be just that little bit younger than me. When I was 14 they were shy 11 year-olds: going from primary to secondary school, filled with apprehension and hoping nobody will notice their bra is three sizes too big. When I reached 18 they were 15, being awkwardly fumbled at the back of the cinema with and not quite knowing how many Bacardi Breezers is too many. And now I’m 21, they’re still a few steps behind. At the ripe age of 18 they’re currently in Koh Phi Phi thinking they’re finding themselves, when in reality they’re ‘fulfilling’ themselves in other ways.

Sound legit? Apparently not. A UCLA study into the biological clock has not only come along and put my theory to shit, but it’s caused me to seriously re-think who my boobs really are. Steve Hovarth a professor of human genetics declared that:

So all these years I’ve thought I was guiding my boobs along, that they were like a pair of younger sisters who needed looking after, to stop people taking advantage of them. And now I find out that they’re actually 24. When I was being felt up in the cinema they must have been absolutely gagging for it, feeling insecure that nobody wanted to feel them. In a few years they’re going to start freaking out that I’m still single and hoping that I’ll settle down and get a real job. Who even are they?

â˜› Read Next: Conjoined Twin Smut Film To Be Released Next Year (NSFW)

Anyway, despite making me rethink who I am, this research indicates some really amazing things for us and for science.

Hovarth claimed that “My research shows that all stem cells are newborns,” he said. “More importantly, the process of transforming a person’s cells into pluripotent stem cells resets the cells’ clock to zero.”

Science Daily commented on the study stating that ‘In principle, the discovery proves that scientists can rewind the body’s biological clock and restore it to zero.’

The idea that we could be able to rewind our biological clocks is pretty amazing and means that maybe me and my girls could have a second chance at a relationship. Until then, I guess we just need to try and put the pieces back together.