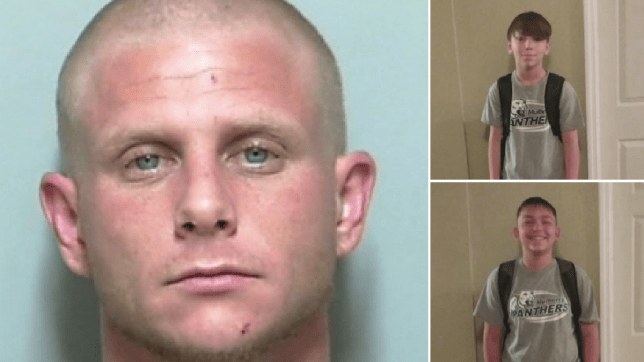 A houseguest murdered a 12-year-old boy and his 14-year-old brother in a horrific bloodbath after the childrens’ parents invited him to stay at their home, reports Metro.

‘Monster’ Mark Wilson used a hammer and a knife to brutalise Robert Baker, 12, and brother Tayten, 14, to death at their home in Melrose, Florida, last Wednesday as their parents slept. The boys’ mum found their corpses the next morning.

After killing the young boys, Wilson, 30, fled to his own mum’s house, with police arresting him two days later.

Wilson, who has now been charged with two counts of murder, was dating the boys’ aunt, with the couple invited to stay in an outhouse owned by the family two weeks before the killings took place. 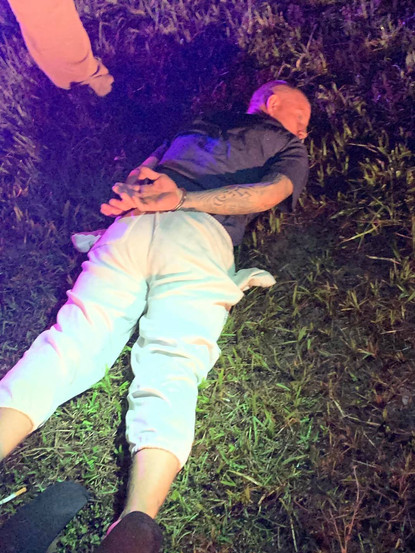 It was horrific, like, horrific. You can’t imagine the crime scene. I did not see it, but I’ve heard enough details to visually see it mentally.

Cocco also told how she’d received a disturbing phone call from Wilson’s girlfriend, who is pregnant with their second child:

(His girlfriend was) on the phone screaming, “Help, help, help, Mark confessed! Mark did it and he’s with his mom!

Florida State Prosecutor JR Larizza said the brothers’ killings were among the most brutal crimes he’d dealt with in his 40 year career, and that the death penalty was being considered for Wilson.

He attacked these two kids without mercy.

Sheriff DeLoach said Wilson had killed the young brothers as part of a ‘twisted agenda’ – but didn’t elaborate on a possible motive. He later added that Wilson is believed to have gone on a crystal meth binge shortly before the murders. 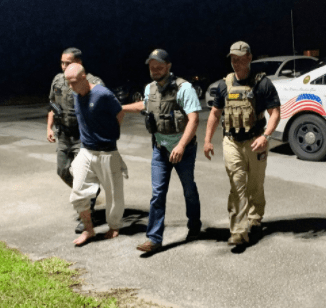 Despite having previous arrests for drug and property crimes, Mark Wilson had never been accused of a violent crime before, and so whether he snapped during a meth binge or this was a calculated plot as suggested by the Sheriff is anyone’s guess. Imagine how guilty his girlfriend – the boys’ aunt – must feel bringing him into their lives and having him stay at the family home. Not to mention she’s going to give birth to this monster’s second child while he’s (most likely) on death row. Nightmare.

There really are no words for this kind of evil and we can only wonder what Mark Wilson’s ‘twisted agenda’ could have been. RIP Robert and Tayten and best wishes with their heartbroken family.

For the 6’3 shopper who murdered two children for asking how tall he was, click HERE.