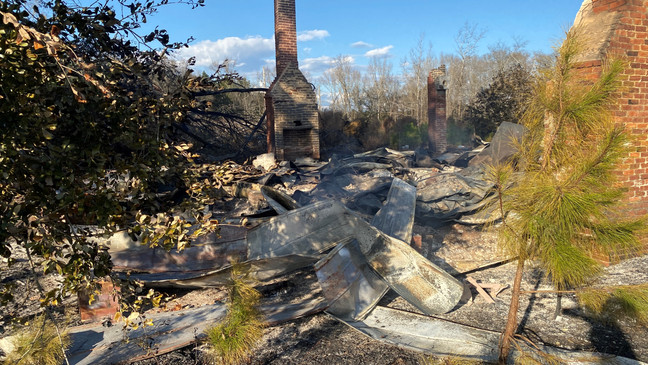 We took a break from Coronavirus and Capitol Hill towards the end of last week to bring you a story about some teenagers who discovered a dead body in a freezer in a supposedly haunted house in South Carolina and now the story has developed in an even creepier manner than we ever could have predicted.

The owner of the house was identified as a man named Ron Phillips, who claims he hadn’t lived in the house in over a decade but still keeps several of his belongings on the premises – including the old freezer. However, he obviously said that he didn’t know anything about the dead body that had shown up inside it:

My daughter grew up out there and it really has affected her to know that somebody would come out there and do such a thing as dispose a body in the old freezer on the back porch.

Well there was some voices in the house, it’s been like that for years.

It wasn’t like it was haunted no, not haunted, but the rocking chair upstairs used to rock by itself in the middle of the night sometimes.

It had some spirit about it, that’s the way I put it.

Yeah I’m not really sure why he would say that and bring up his family there if he really thought that was the case, but I suppose it adds to the mystique of the whole situation doesn’t it? The really weird part came after this though after the house burned to the ground two days after the body was found:

Police are (unsurprisingly) treating this as really suspicious because I mean there’s absolutely no way that this house is just gonna burn down of its own accord two days after a body was discovered in it after lying dormant for over a decade with nothing happening to it, is it? Seems like we’ve got out own real life version of ‘Stranger Things’ or ‘Summer Of 86’ going down in South Carolina. If I was one of those kids who discovered the body I would be shitting myself right now.

Seems fairly likely that Ron Phillips is going to have some deep dark secret that’s going to be exposed in the next few days even if he isn’t behind the actual dead body, but he’s gotta have something to do with it right? I kinda feel like the police are probably going to figure it out fairly soon as well. Stay tuned.

For more of the same, check out when some TikTok users found a dead body in a suitcase last year. That was crazy.