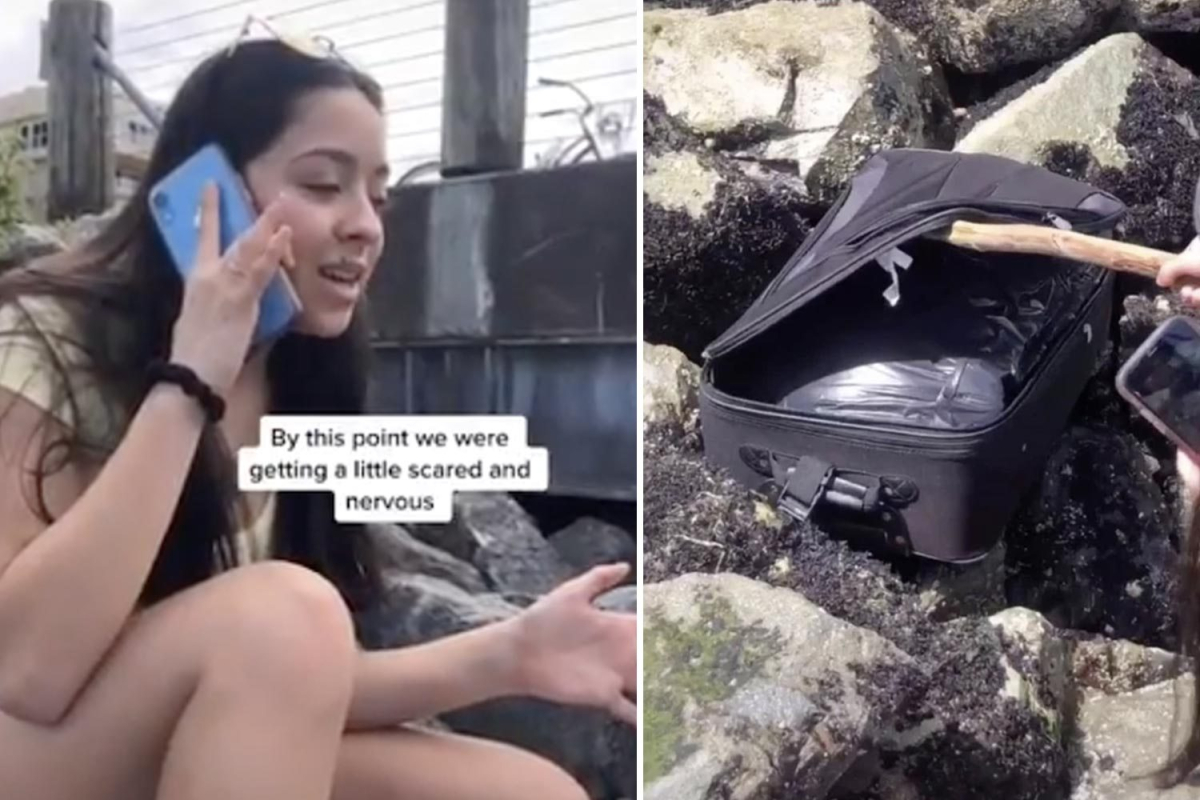 This story is just begging for a Netflix documentary to be made about it because it’s got all the crazy mystery/crime elements that you need.

The video comes from TikTok user ughhenry, who claims that he and his friends were sent the co-ordinates of a suitcase on the Randonautica app – this is an app that sends you to a randomly generated location based on your intentions, I hadn’t heard of it either – and it turned out that there was a fucking dead body inside it. Would love to know what he set his intentions as to come up with that one.

Anyway, the guy was a teenager so he obviously made a TikTok of himself and his friends discovering the body and uploaded it to the internet for the world to see:

That is so messed up. Kinda messed up as well how blasé ughhenry seems to be about the whole situation, although he has revealed that he’s had trouble sleeping since he found the body and that it’s ‘traumatised him for life’. Probably pretty happy that he got those 16 million views though hey?

Anyway, there’s so much more to this story and I’m sure when the full details about what was going down with it comes out then it’s going to be completely crazy. I don’t think saying I’m looking forward to it is the right phrase of words but you get what I’m saying.

For more of the same, check out when this headless body got found in a suitcase in the Peak District. That was a weird one.