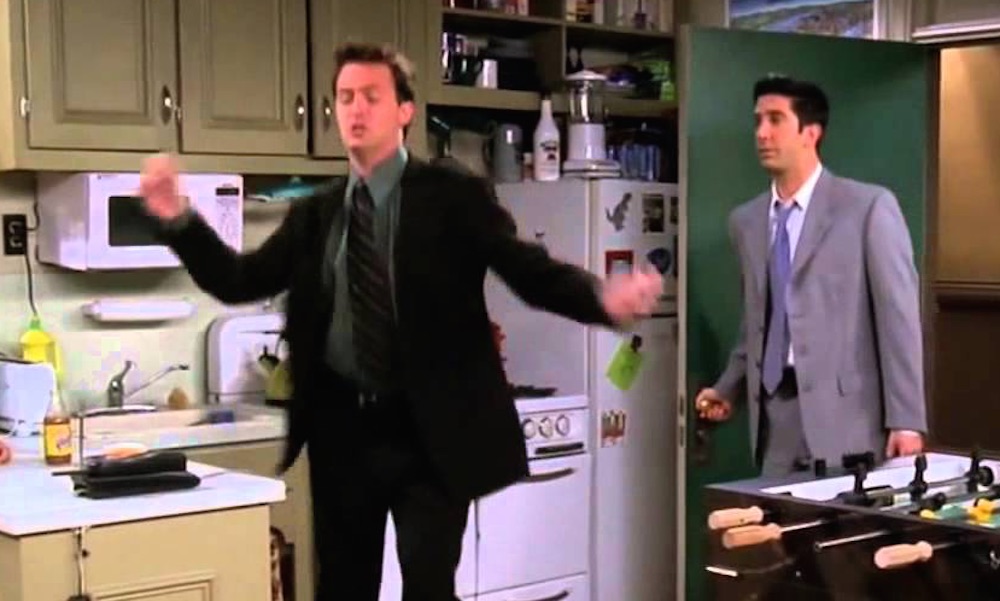 It seems so obvious now.

It seems completely obvious now that you’ve read that headline, but until now nobody had actually thought to combine Chandler Bing with the Hotline Bling video. What, are we all like idiots or something?

I mean the most glaringly obvious similarity between Drake and Chandler Bing is that they both have completely awkward and cringeworthy dance moves, but the truth of their association goes much deeper than that. They both have weird relationships with their mothers, they both loudly moan about the women in their lives, they both wear fuzzy jumpers and they both mask their insecurities with humour. I mean they pretty much might as well be the same person.

Despite all that, none of us noticed it at all and it was only the geniuses over at Comedy Central India (!!) that finally put 2 + 2 together and came up with this majestic mashup:

To be honest, that’s pretty good but I think it could have been better. I wouldn’t have bothered even having Chandler say anything and would just have put the clips of him dancing with Hotline Bling in the background. That would have been way better. Watch someone steal my idea now and it go crazy.

In the meantime, take a look at which member of the Friends cast was the sluttiest.