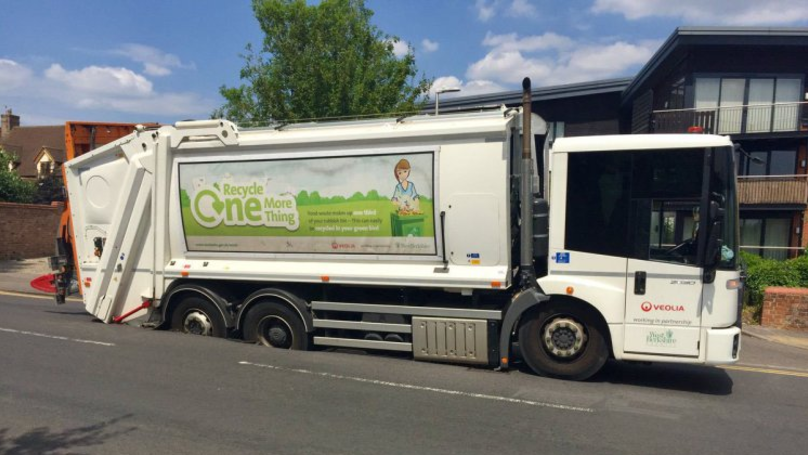 It’s not hard to see that there’s a renewed sense of optimism sweeping over the country thanks to a combination of England doing well in the World Cup and the absolute scorcher of a heatwave that we’re currently experiencing, but goddamn is it hot huh?

I’m sure you’re probably sweating as you’re reading this and we should probably not complain because we’ll be wishing it was like this when it’s dark and snowing in six months, but it’s literally some of the hottest weather I’ve experienced in this country and I don’t think it’s an exaggeration to say that a lot of us are struggling to cope with it. And it isn’t limited to just humans either because the actual roads are melting too.

The picture you see above was taken in Newbury, Berkshire and was taken yesterday afternoon. The crew of the truck said they were sitting there when they head a jolt and they were thrown forward and could no longer move. When they got out to investigate it, they discovered that the van had literally sunk into the road after it had melted. 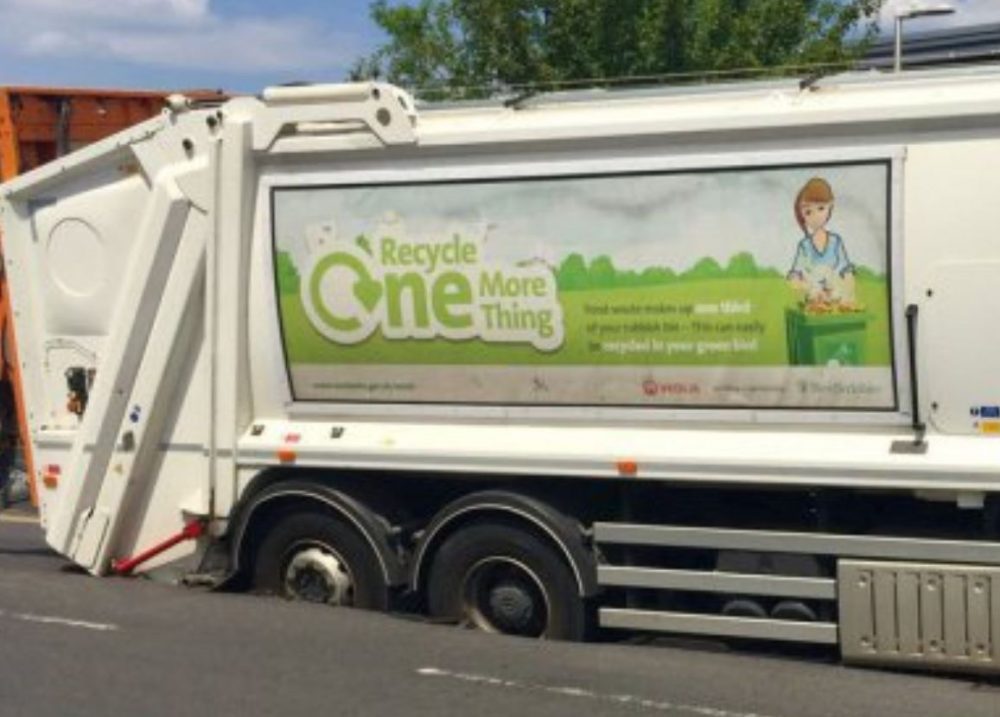 Naturally, the incident caused absolute chaos as the bin lorry couldn’t be moved and it was a nightmare going around it. The road eventually had to be closed as the situation was assessed overnight and I’m not sure what they’ve done about it now, but West Berkshire Council council offered the following reassurance:

The road is currently closed and members of our highways team are on site. They will be able to investigate once the vehicle has been removed.

The Veolia crew are safe and uninjured and are being supported by the emergency services and West Berkshire Council’s highways team.

Great – really useful update from them there. Shouldn’t they be talking about how it’s so hot that the roads are melting and how the hell they’re going to deal with this when it seems like this is going to be going on all summer? You can really see England descending into some Mad Max kinda wasteland if the weather keeps up and we win the World Cup, can’t you?

For more hot weather, check out a tramline melting as well because it was so hot. It really is a problem.