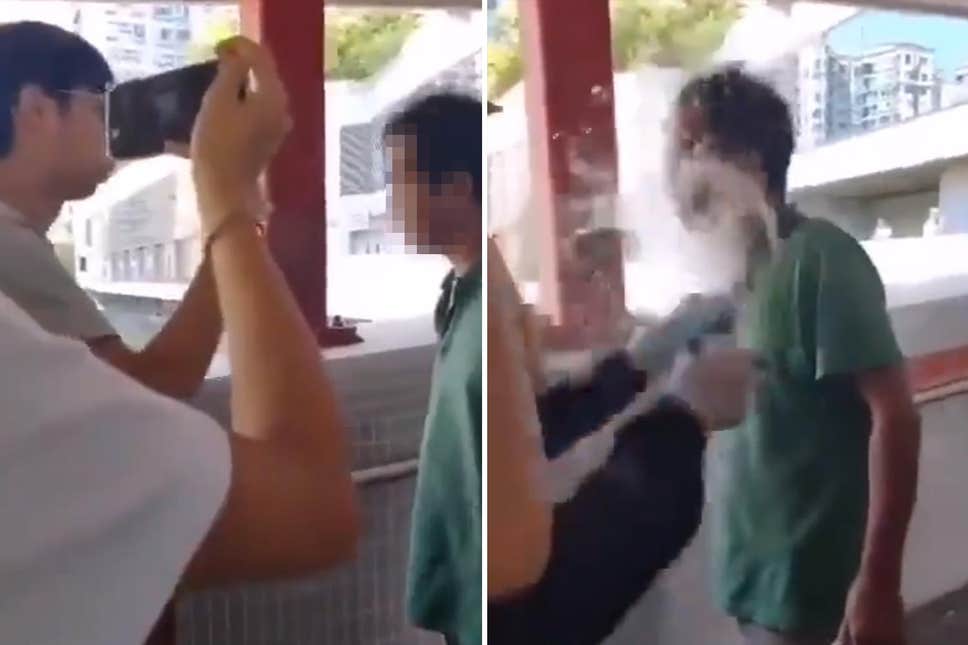 The anti-government protests show no signs of letting up in Hong Kong, with protesters, police, Triad gangsters and regular civilians all getting caught up in the violence.

It’s been six months since protests began over an extradition law which has since expanded to include demands for great democracy and police accountability.

According to The Evening Standard, this one man had chased some rioters after they trashed the nearby Ma On Shan train station. An argument then kicks off, with the man telling the protesters ‘none of you are Chinese’.

Here’s how they responded:

We can’t post the full footage but it’s easy enough to find if you look it up (it’s even on YouTube for now). But the good news is the man is able to put out the flames and there’s another clip of him out there talking lucidly to a fireman nearby so it seems he’s going to be OK, but still – hell of an experience to go through.

Obviously no matter what side you’re on politically, you can’t just go around setting people on fire even if they do accuse you of not being Chinese. Unfortunately there’s no signs this madness over in Hong Kong is coming to an end anytime soon.

To watch a bunch of Hong Kong protesters kick the shit out of a Triad gangster who got separated from his pack, click HERE. Wild stuff.