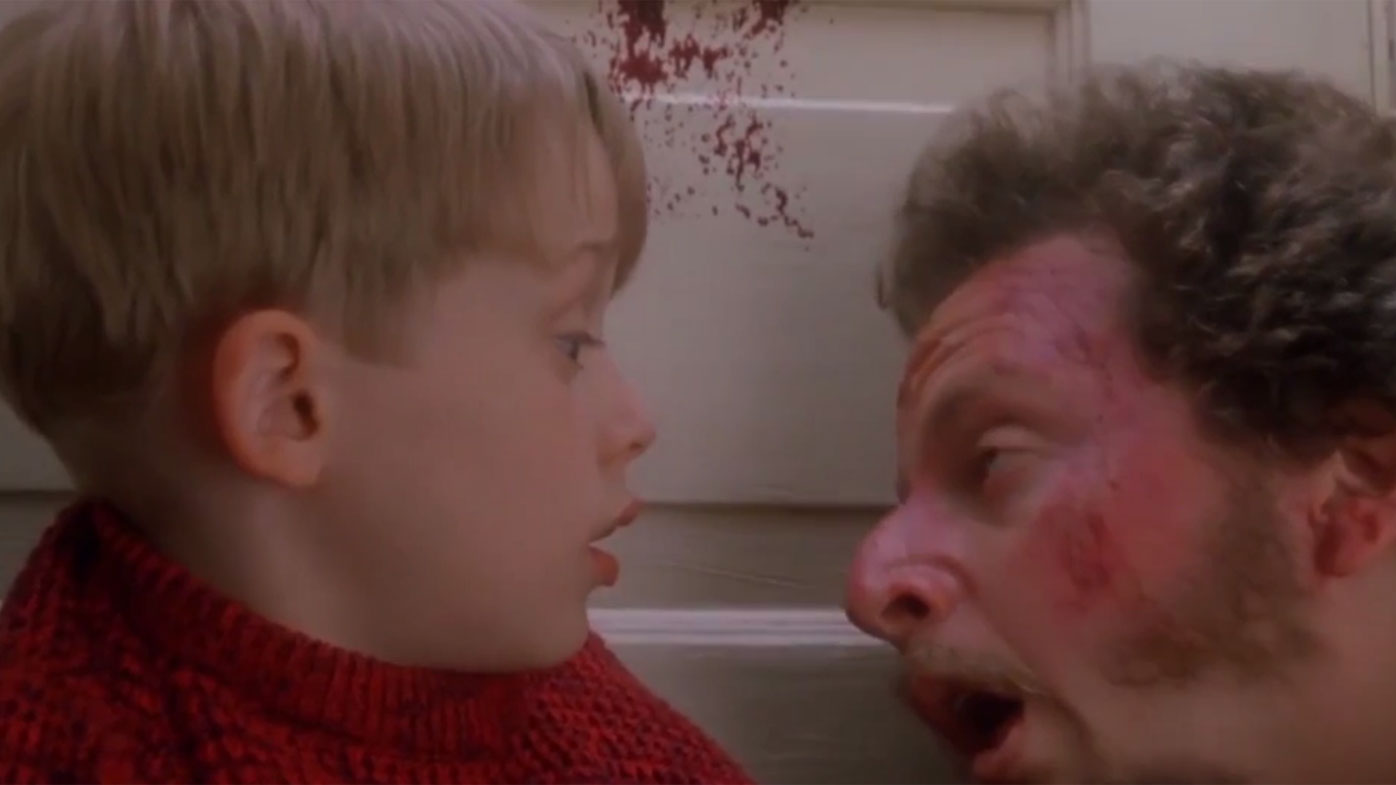 This is what would have happened if Quentin Tarantino directed the film franchise.

Despite the fact that ‘Home Alone’ is remembered as one of the all time great Christmas movies, the point remains that Kevin McAllister is pretty much a homicidal maniac with the delight that he takes in beating the absolute shit out of Marv and Harry with a variety of ingenious traps.

Kevin is such a loveable scamp though and the movie is shot with that great soundtrack and a sense of wonder and fun, so we just about let him off. But deep down we knew that something just wasn’t right about the kid and now someone has finally decided to show the other side of the coin in ‘Home Alone With Blood’ and it’s not pretty. Imagine if Quentin Tarantino had directed the movie and you’ll see what I mean:

Ouch – that alternate ending on the second one is pretty good eh? Probably what would happen if anything like ‘Home Alone’ ever happened in real life, not that it ever would. Getting Quentin Tarantino to direct a remake of the franchise sounds like a damn good idea though doesn’t it – imagine the fun he would have with it. Can anyone get his agent on the line?

For more ‘Home Alone’, check out what Kevin McAllister is into now he’s all grown up. Pretty much the same kind of shit.