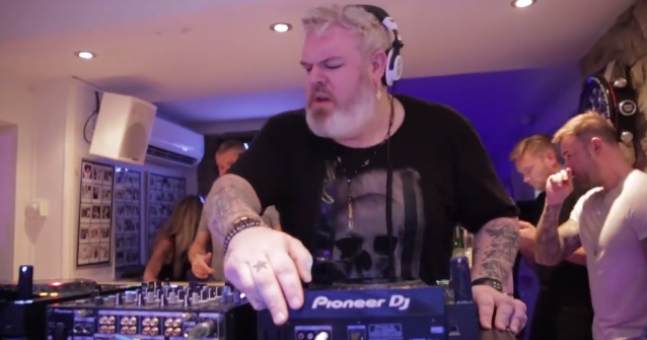 This will make your day.

It’s well know that Hodor from ‘Game Of Thrones’ was also a DJ in his spare time, after he announced that he was a doing a ‘Rave Of Thrones’ tour a couple of years ago.

It wasn’t however known if he was actually any good, as I doubt many people went to see a guy they know off a fantasy television show rip it up on the decks. Can you blame them?

Nevertheless, it turns out that Kristian Nairn actually knows what he’s doing since this video of him tearing it up in Ibiza over the weekend emerged. Nairn was appearing at Café Mambo which is situated in Sant Antoni De Portmany on the island and the venue posted the following video of him doing his thing.

It might only be a little over 30 seconds long, but it clearly displays that the guy knows how to work the crowd:

Buzzing. Turns out Hordor even ended up playing a set somewhere with Fatboy Slim and Danny Howard too if his Instagram is to be believed as well:

And why not? I guess now that he’s not exactly gonna be on ‘Game Of Thrones’ anymore (come on that isn’t really a spoiler is it?) that he can focus a lot more on his DJing. Can’t wait to see more of it.

For more actors DJing, check out one of Paris Hilton’s DJ sets. Not quite the same level of quality.