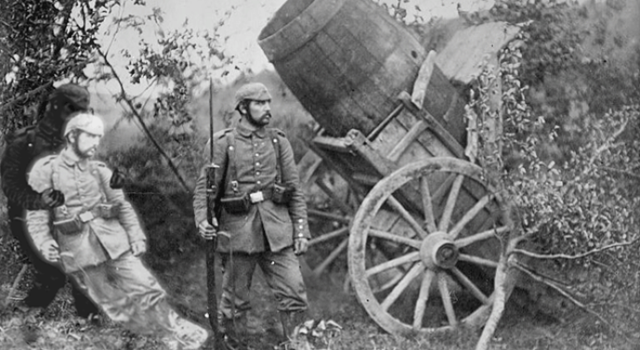 History mixed with a dash of art, a sprinkle of japes and a few ounces of creepy.

Everyone loves a GIF, it’s a fact. Whether it’s a bunch of GIFs charting the rapid descent of drug users or reveling in the general awkwardness of humans there’s something, well, brilliant about them. In the olden days people used to say that an image could speak a thousands words, nowadays GIFs trump boring old pictures hands down. GIFs can speak at least a million words, and many of those words are brilliant and hilarious.

New York based artist Kevin Weir spends some of his time scraping the bottom of the photograph barrel to find historic photos, then he turns them into GIFs. I for one think they’re awesome. He takes a perfectly somber picture and makes it both creepy and slightly amusing at the same time.

There’s not much point me banging on about them, whack these into your eyes. They’re nearly as creepy and/or funny as those old photos of Jimmy Saville: