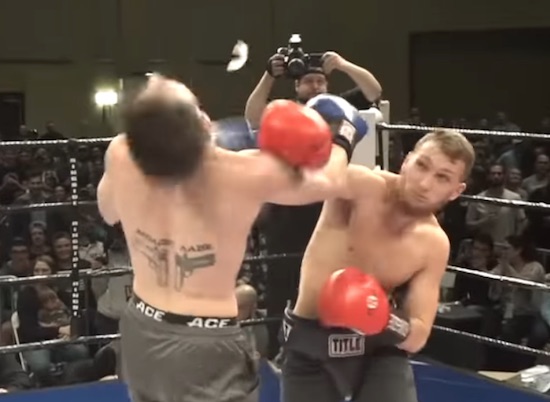 This is dumb but very entertaining.

Boxing and combat sports are enjoying an unprecedented level of popularity and pretty much everyone who has ever watched a fight fancies themselves as the next Conor McGregor or Anthony Joshua.

Not that many people are willing to put their money where their mouth is though but the exceptions to the rule stand up and get counted at Rough N Rowdy 2 in West Virginia. The sold out show pitted a whole bunch of people with zero fight experience against each other in an attempt to knock each other out, and an unbelievable 41,000 people tuned in on livestream up to check it out.

The event was also sold out and had some really dumb commentators, but you can check out the highlights below:

For more of the same, check out this backyard fighting federation. Bit more serious but just as entertaining.