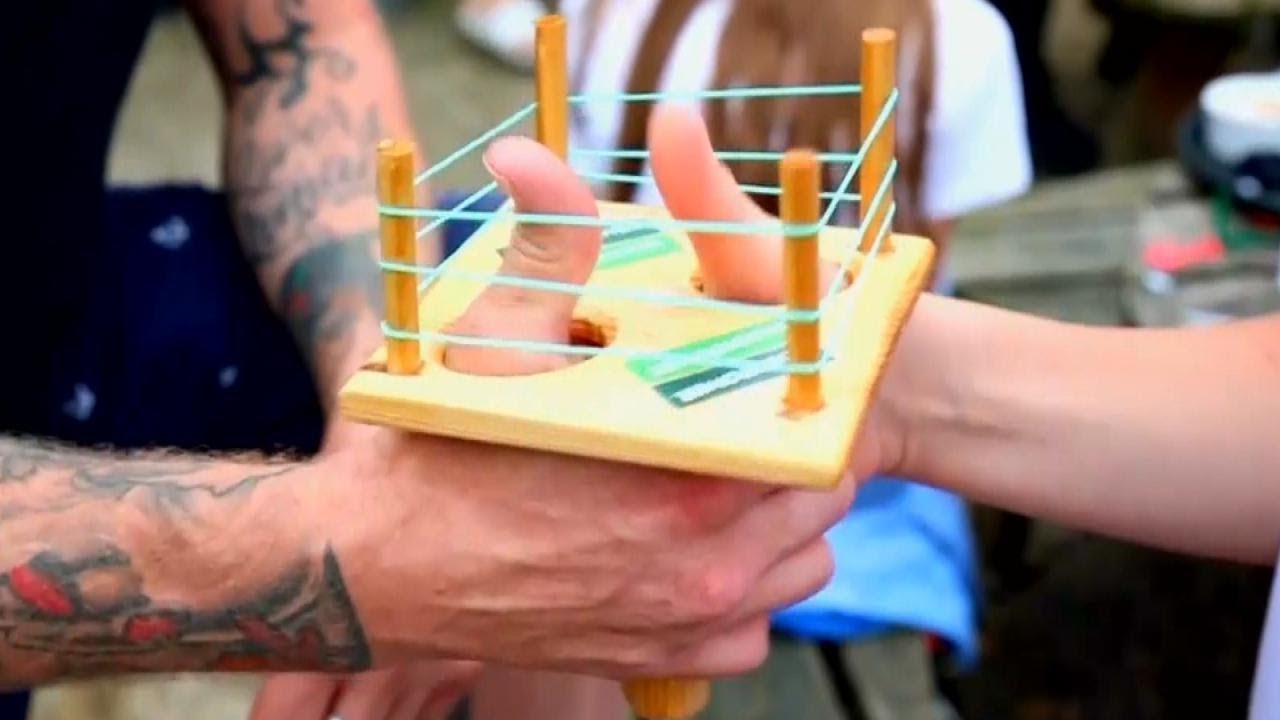 Everyone loves a good thumb wrestle every now and again, but I didn’t realise that there was actually a competitive world championships of the ‘sport’ (game?).

Turns out there is thought and it’s hosted at the Lock’s Inn in Beccles, Suffolk every year and just went down recently. The winner was four time champion  Paul ‘Under the Thumb’ Browse and you can see highlights of his victory below, along with the official rules of the competition:

When competing in a Thumb Wrestling contest players hook the four fingers of their right (or left) hands together such that both hands are clasped tightly. Then a short pre-contest starting chant is repeated, the variant as used for UK Events follows: One, two, three, four, I declare a thumb-a-war! Then the 60-second contest begins.

To win a contest 1 player must pin their opponent’s thumb down for as long as it takes to say: one, two, three, four, I win thumb-o-war! If the referee agrees that this has been achieved then that player is the winner. When competing in the World championship you would then progress to the next round of the tournament.

If this cannot be achieved within 2 separate 60-second rounds then the tie will be settled with a game of sudden death “scissors, paper, stone”.

Wow that’s kinda brutal that it goes to scissors, paper stone (I assume they mean rock, paper, scissors) if there’s no winner, but most games do normally get settled within a minute in my experience so that shouldn’t discourage you from entering. What have you got to lose?

Even if you go out in the first round I’m sure you can have a great day drinking in Suffolk and watching other people compete in those tiny little rings. Go for it.

For more of the same, here are the highlights from the shin kicking championships. A truly bizarre event, even more so than this one.