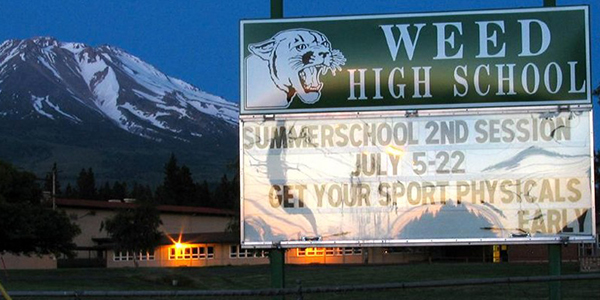 If only it was this easy when I was a kid.

It was inevitable that things were going to change regarding views on marijuana in Colorado once it was legalised earlier this year, but I don’t think anyone expected things to be quite this crazy already.

That’s at least according to some kid called Jack Maestas from Lakewood High School in Colorado who offers the following statement which kind of sounds like he’s high himself:  ‘I’ve seen people in my math class and they’ll be sitting there with the teacher and they’ll be smoking it and they won’t even know.’

The trick is vaporiser pens – they’re small, silent, odourless and easy to conceal, which makes them pretty much perfect for getting stoned in class. I’m not really sure what the advantage of getting stoned in class is – surely you would want to be anywhere BUT class when you’re high – but hey, you’re a kid and you wanna be a badass so I guess it’s kind of cool/rebellious sure.

The principal of Lakewood High School has said that they’re intending to clamp down on this new phenomenon –  ‘Teachers know what to look for now. Biting on the end of your pen has a whole new meaning to it.’ Ominous.