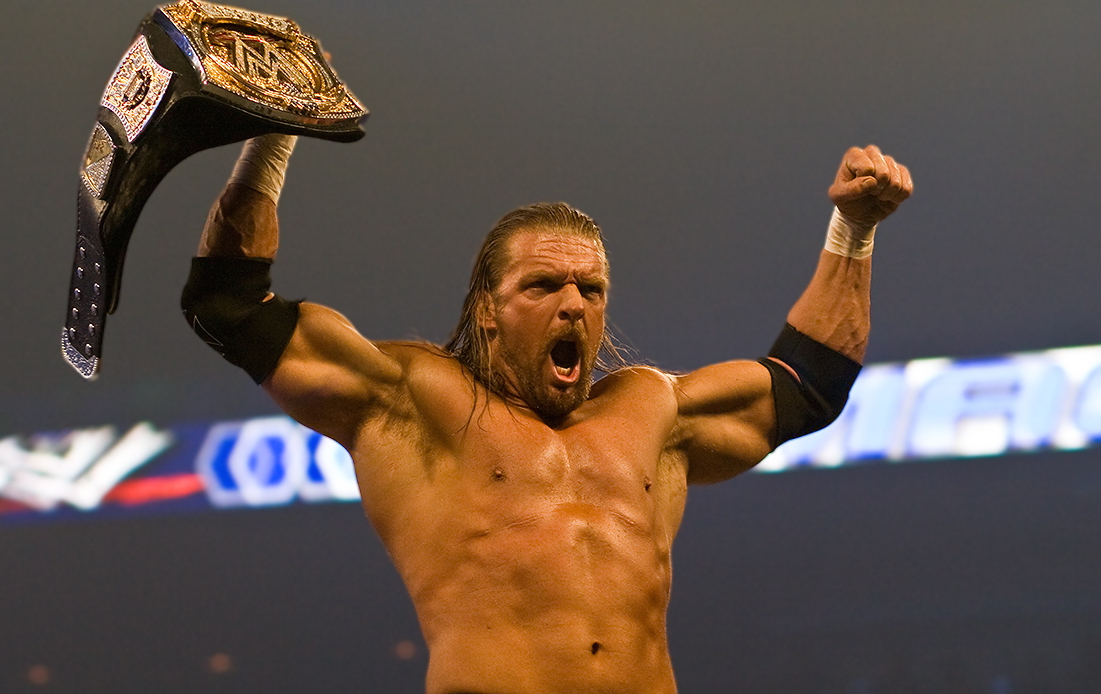 Was this a good move or a cardinal sin?

HHH is one of the best heels – or bad guys if you’re a wrestling noob – in the game, but even he can’t bear to see his actions make a child cry judging by what went down at RAW on Monday.

Sitting at ringside and doing some commentary during a match between John Cena, Seth Rollins, The Big Show and Kane, he got into a verbal altercation with a young fan. Normally, when this happens there’s a bit of back and forth between the wrestler and the fan, which normally ends with the wrestler getting the upper hand or just telling the fan to shut up.

Unfortunately in this case though, HHH went a bit too far and started making this young tyke cry. Instead of staying in character like an asshole heel, Hunter immediately broke the fourth wall and offered the kid a hug to try and cheer him up. The story then goes that the kid was taken backstage to meet some of the wrestlers and get some free stuff to make up for Hunter hurting his feelings.

You can see the story unfold below in a series of tweets from some dude called Chris:

Trips made a kid cry … pic.twitter.com/tAKoeNrNCN

Steph broke character too but I missed that pic.twitter.com/c1xopefLPf

He got the hook-up and won some fans too pic.twitter.com/DKZItqGLps

Kid also got some shirts and a high-five from @lilliangarcia after Cena won. pic.twitter.com/yOlVsUGqsB

Best part of the kid at Raw? He snuck up there and took a seat beside the Cowboys guys. His dad was in front of me a couple rows back

Although that’s pretty cool of HHH, it would have been way cooler if he had just made the kid cry even more because then everyone would have really hated him and it would have really helped his heel heat. Oh well, maybe take some lessons from the masters like Ric Flair or Chris Jericho next time. It sounds like the kid was a badass though, and maybe even has a chance at playing a cowardly heel with actions like when he realises that wrestling isn’t real.

If you enjoyed this, check out these clips of wrestler’s breaking the fourth wall and talking during their matches. You won’t believe some of the stuff they come out with.