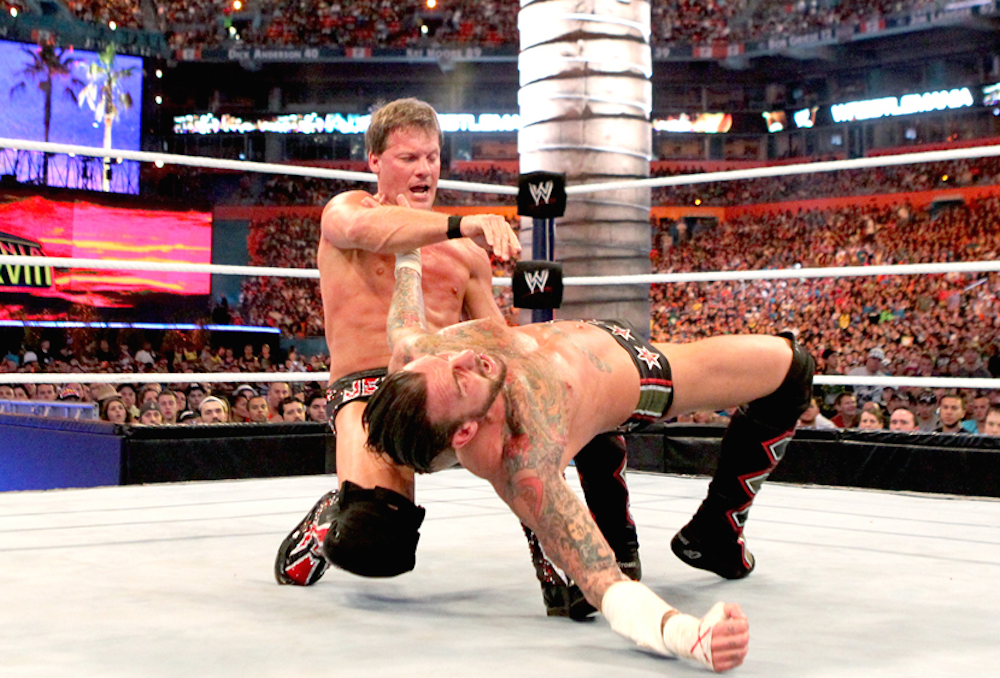 Sometimes wrestlers speak a little too loudly when they’re calling their matches in the ring.

Everyone knows that wrestling is fake – at least in terms of the fact that it’s scripted and all the people involved don’t necessarily hate each other or act like their characters in reality – but what a lot of people don’t know is that a majority of the matches themselves aren’t scripted, except for the finish of course.

A lot of the time, wrestlers call the matches themselves in the ring by whispering to their opponents what move needs to come up next. Unfortunately though sometimes wrestlers can get a little too overzealous in the heat of the moment, and this leads to them speaking a bit too loudly and people at home being able to hear what they’re saying. Whilst this isn’t really that much of a problem, it sure is funny when someone makes a super cut of it, which you can see below.

If you’ve enjoyed that, check out these pictures of Mankind and Undertaker’s epic 1998 Hell In A Cell match afterwards – you won’t be disappointed.