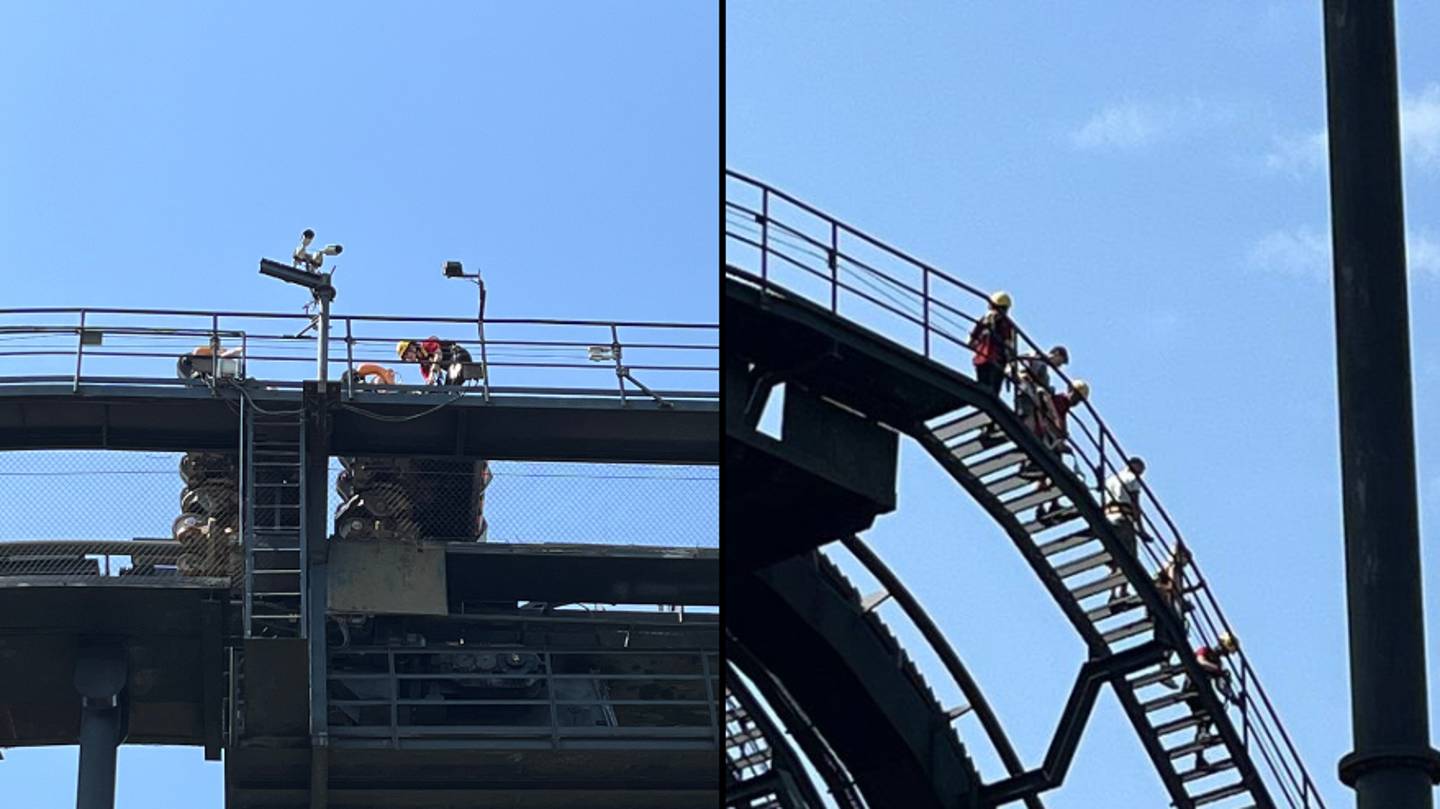 What a way to spend the hottest day of the year.

I don’t know why anyone in their right mind would think that going to Alton Towers on the hottest day in recorded history was a good idea, but some people decided to do it yesterday and paid the price after Oblivion broke down just before its massive drop.

I imagine most people know what Oblivion is at this point – the first rollercoaster in the world with a vertical drop – but it’s been a long time since it’s been the most dangerous ride at a theme park. It turned up the tension yesterday though after it broke down and riders were forced to disembark, wear some hard hats and climb down 65 feet worth of steps to safety after it couldn’t be restarted.

Dean was there to live tweet the whole escapade:

The magic bottles of water have made it up to the guests on board… 👍 pic.twitter.com/kJEWqWhduN

Preparations are underway to evacuate the riders from the shuttle at the top, clearly the ride cannot be re-started at this point in time! ⚠️❌ pic.twitter.com/hVPXfNwAHX

Guests are now being evacuated from the top, they have remained safe throughout the evacuation, with bottled water provided, and a harness to walk back down to the ground! 👍🙂 pic.twitter.com/ma2p6jPGmS

Yeah that doesn’t look like a fun way to spend the hottest day in recorded history does it? I love theme parks and think that that would be an absolutely terrible idea as well – really don’t know what they were expecting to happen either? Rides much more likely to break down in hot weather.

It’s also kinda strange how this Dean guy seems to know all about the procedures at Alton Towers too. Does he spend all his time there waiting to record broken rides on his Twitter account? Unusual character.

Anyway, I wouldn’t advise going to any theme parks in the next few days until it starts to cool down a bit more. Not worth the risk and probably not that funny standing around in the sun and getting burned either. Just saying.

For more of the same, check out this woman who is in love with a rollercoaster and regularly makes love to it. Strange.