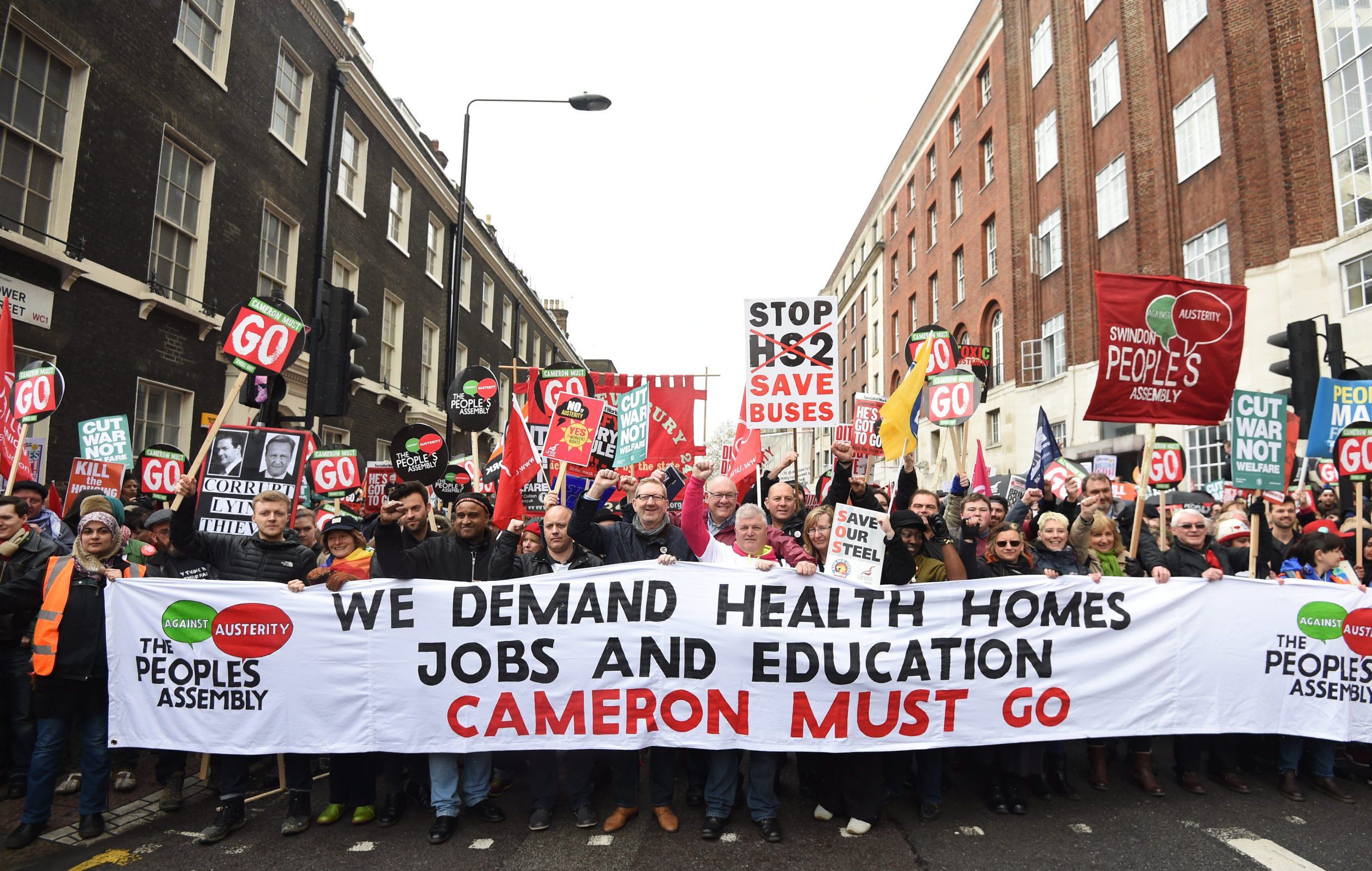 Following on from the government’s plans for five more years of austerity, 150,000 people took to the streets of London yesterday in protest. There were also demonstrations held in Glasgow, Liverpool and Bristol.

Protesters were there not only to call an end to austerity, but also to demand that David Cameron resign following on from the leaked Panama Papers, which revealed that the Prime Minister had profited from a Panama-based offshore trust fund.

The March for Health, Homes, Jobs and Education was organised by an activist group called the People’s Assembly who used the protest to make four requests. Quite rightly the first was surrounding health, calling for an end to spending cuts and the privatisation of the NHS. In addition, there was a call for the protection of social housing, a universal living wage and an end to student tuition fees. So basically they were just asking the Tories to stop turning our country into some sort of business venture for the rich minority. 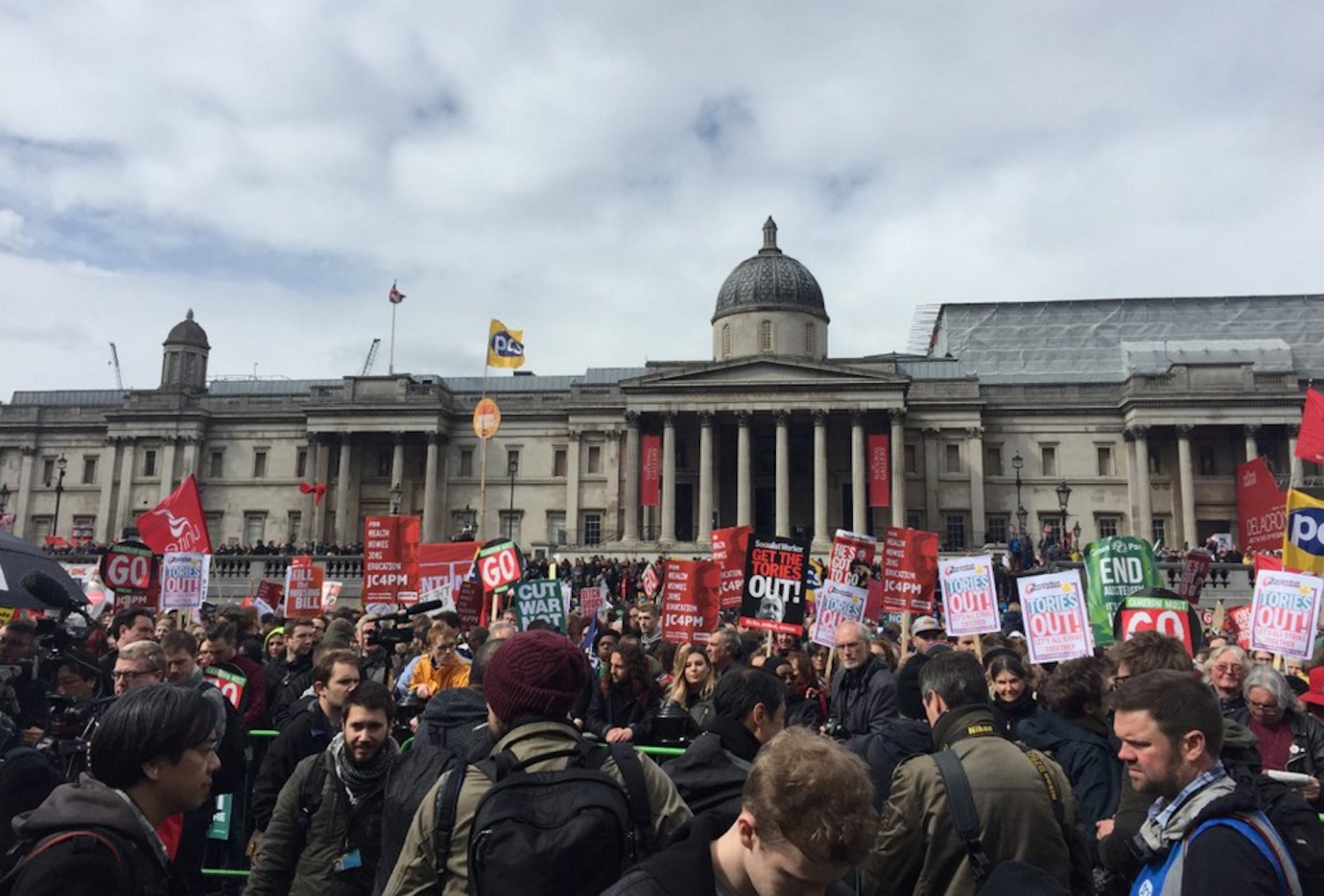 We’re here to say that it wasn’t people on jobseekers’ allowance that brought down the banks.

It wasn’t nurses and teachers and firefighters who were recklessly gambling on international markets. And so we should stop the policies that are making them pay for a crisis that wasn’t of their making.

The protesters started off from outside the Bank of England and by the time they reached their final destination, Westminster, there was a whole crowd of banners, placards and flags, which went on for over a mile down Whitehall.

While this is an impressive turnout, depressingly I can’t help but assume that nothing much will come out of this. As John Rees of the People’s Assembly said:

Sounds like this is only the beginning with regards to the anti-austerity protests. And what’s going to be done about Cameron? I mean, surely it can’t be allowed that someone who can propose that the UK go through another five years of austerity is also benefitting financially from offshore trust funds and meanwhile across the country big businesses continue to avoid tax. Then again, more unjust things have happened in the past.

We’ll just have to wait and see how this one pans out. Needless to say, there are a LOT of people who want to see Cameron out.