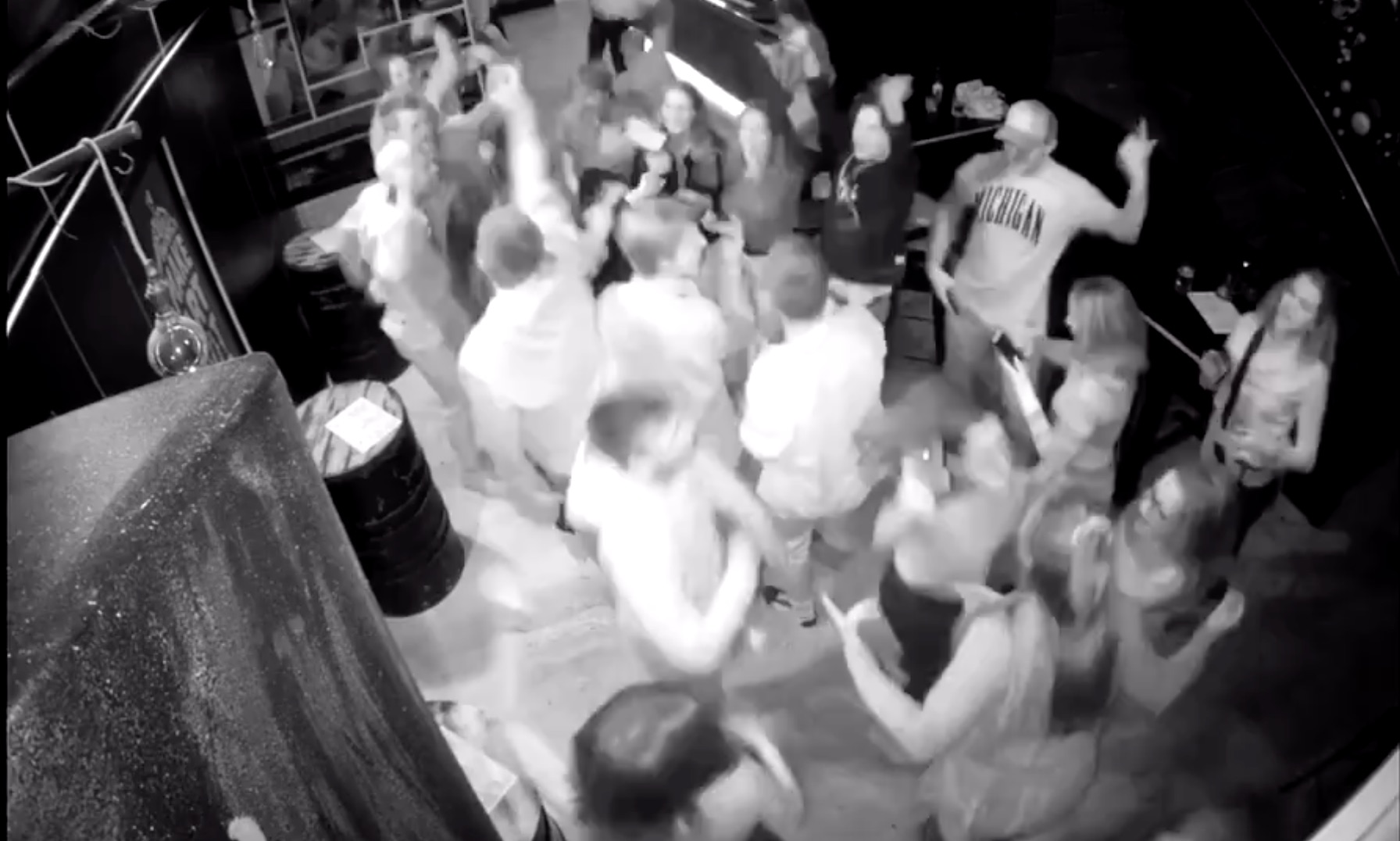 Not jealous at all.

Pretty much every country in the world is probably jealous of New Zealand at the moment after they announced that they had defeated Coronavirus and were pretty much going back to normal, but I don’t know if we had ever taken a moment to think about how it might have been for them over there.

Turns out from the reaction of these people in a bar that the lockdown was pretty tough on them as well – probably because they actually stuck to it and weren’t doing a Dominic Cummings or going round to other people’s houses to shag people that they had met on the internet – as you can just see the relief pour out from them as the clock strikes 12 and social distancing measures are removed and they blow the roof off the place.

CCTV from a bar in Wellington at midnight yesterday when New Zealand entered Alert Level 1 and all social distancing requirements ended 🥳 pic.twitter.com/w8B48mpXLh

Wow. If that’s what it’s like over in New Zealand can you imagine what it’s going to be like over here when we’re finally allowed to go back to living our lives as normal? Well I kinda can actually as it doesn’t seem like anyone really cares about social distancing rules any more and is just doing what they want, despite the fact that we could still easily get majorly infected, but when we finally ‘officially’ beat the virus I’m sure some dickheads will be parading around with their tops off wearing the St George’s cross. Can’t wait.

For more of the same, check out this gay black dance team celebrating in Birmingham, Alabama and causing a massive problem. Biblical.