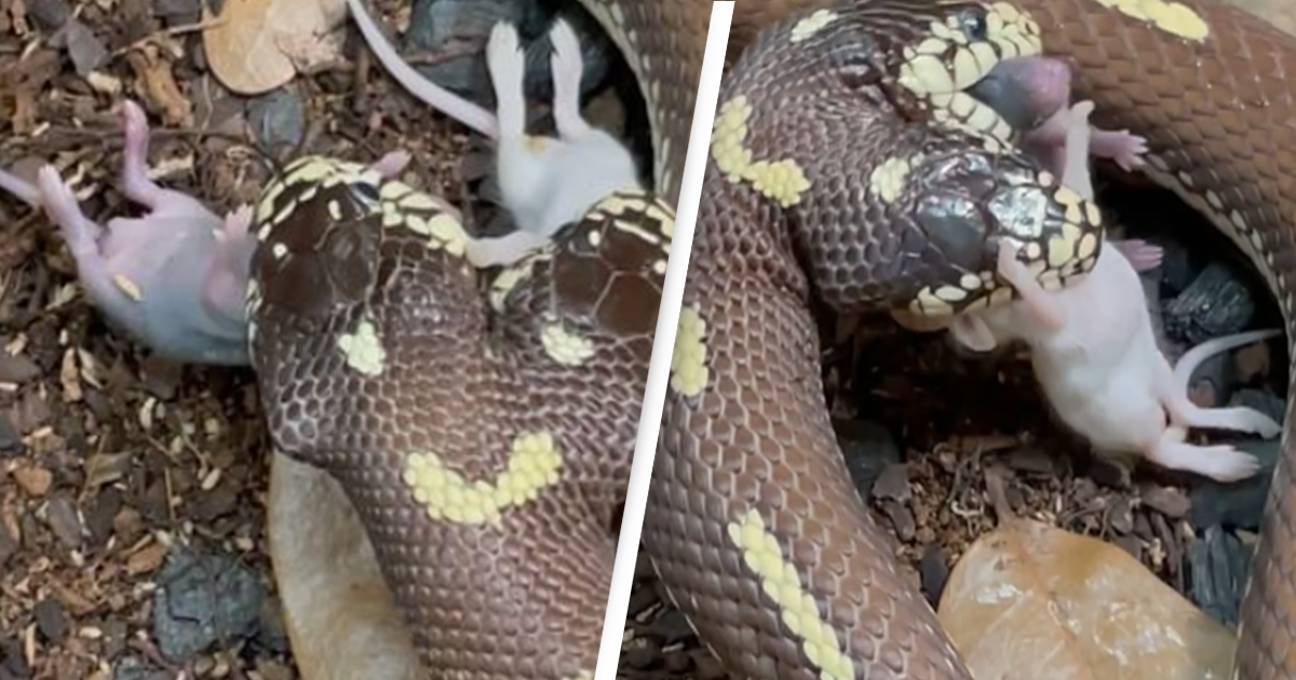 A snake with two heads is already somewhat of a nightmarish proposition, but when you see it in action eating two rats then it makes you wonder how nature can ever allow this to happen.

The footage of the Californian Kingsnake was filmed by Brian Barczyk and quickly went viral due to its hideous nature – you can check it out below:

Jesus Christ. There really is no escape there is there?

Thankfully, double headed snakes aren’t that common and 99.9% of them die before their first birthday as the two brains make different decisions so they can’t survive too well in the wild, but Barczyk brought these ones – who are named Ben & Jerry btw – up in captivity at ‘The Reptarium’ in Michigan, enabling them to thrive. There are apparently only another 10,000 examples of snakes like these in the world, but that’s 10,000 too many if you ask me.

For more of the same, check out this photo of a two headed dolphin once found in Turkey. Absolutely mad.