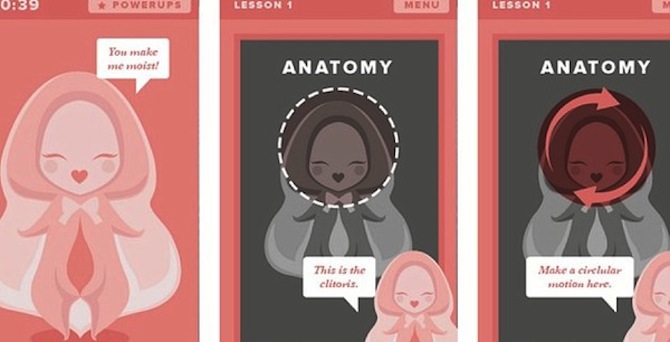 One thing we humans all have in common is that we love a good wank. It’s time for us to accept this and let go of the stigma and shame we feel when we wank and what better way to do that than by downloading HappyPlayTime; an app (for women, mind) complete with cartoon vagina mascot that lets you know if you’re rubbing your virtual vagina the correct way. 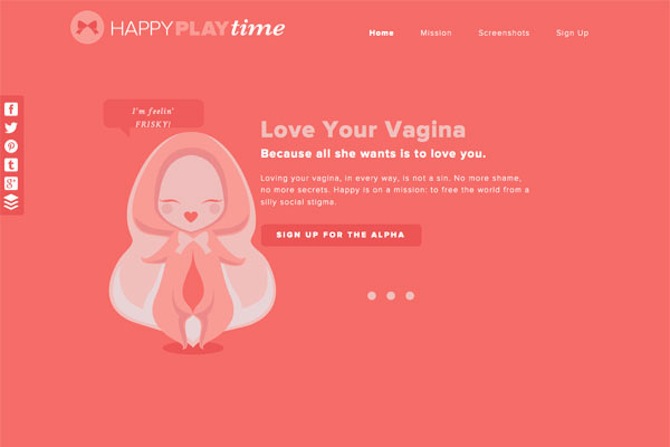 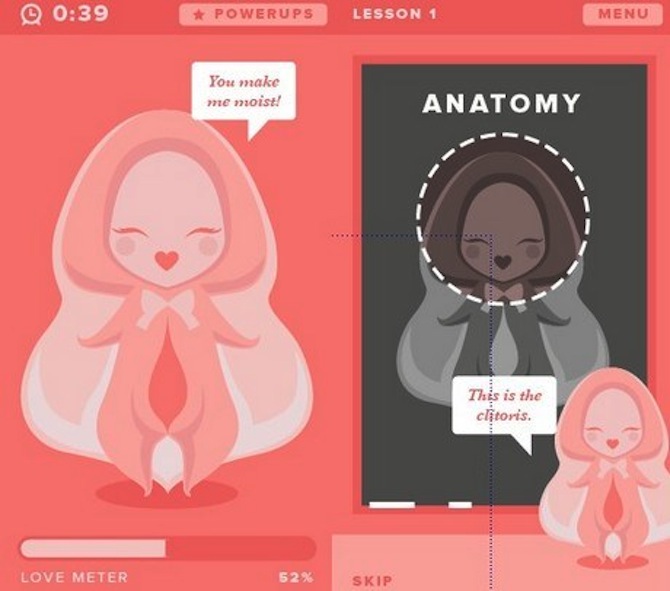 I would understand if this was an app marketed at guys. After all, some of us guys need all the help we can get when navigating a girl’s lady parts. Apps, maps, user manuals, special pills, inanimate objects. But you’d think females would just naturally know how to work their vaginas without needing an app for it.

Personally, I don’t remember being taught how to wank. I just literally battered my dick until it threw up. You have no clue what you’re doing but you just kind of go on auto-pilot, a magazine in one hand and your penis in the other, until something happens and you realise what the fuss is all about. After that first bust you realise that all the time you spent basically tantric wanking because you were afraid of the weird tingling sensation was a waste because actually a full on bust feels amazing. As a man, it’s quite the enlightening moment.