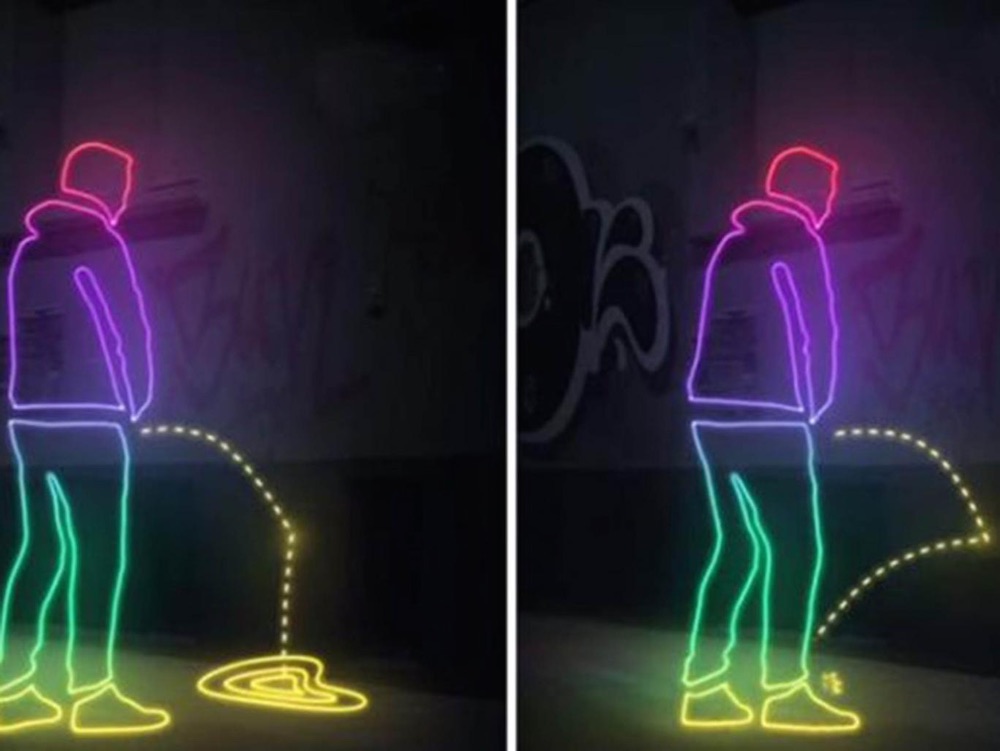 Be careful this Christmas.

We’ve mentioned before on the site that people in St Pauli in Hamburg had sprayed anti piss paint on the walls of the district to stop people pissing on them, but it turns out that this is now coming to London this Christmas.

Hackney council has announced the measure to (obviously) encourage people to stop pissing in the street. The council spends £100,000 a year washing urine off walls and pavements and 500 people have been fined this year for public urination. It’s hoped that these walls will reduce the stains and smells in the area as it’s getting a bit out of hand.

Councillor Feryal Demirci had the following to say:

Think about the people living nearby. No one wants someone weeing on their own doorstep.

If the prospect of a fine doesn’t put them off from weeing in the street, maybe the risk of getting covered in urine will.

Testing out a new pee repellent that "pees back" to prevent public urination. pic.twitter.com/6eDJ4w9MWH

Yeah, I agree. I mean if ever I have to piss in the street on a night out (rarely) then I try and go in a bush or something. You’ve gotta have some consideration. Not in somebody’s fucking doorway man that’s out of order.

In case you’re wondering, the walls work by making your urine bounce back off them, effectively soaking the offender’s shoes and trousers  – you can see that above, although it didn’t really look that impressive. In any case, that’s not a good look when you’re about to hit up the club, so maybe it will actually stop people doing it. You would probably need to coat every wall in the city in order for it to be effective.

As it is, there are currently two hot spots in the borough, but the locations haven’t been revealed yet. One is in Shoreditch and one is in Dalston though obviously. I’m sure it won’t be too long until people are complaining about them on Twitter though and point them out. Unlucky if you’re one of the first victims of them.

Whilst we’re on the subject of pissing, check out this chart to find out what the colour of your urine actually means.