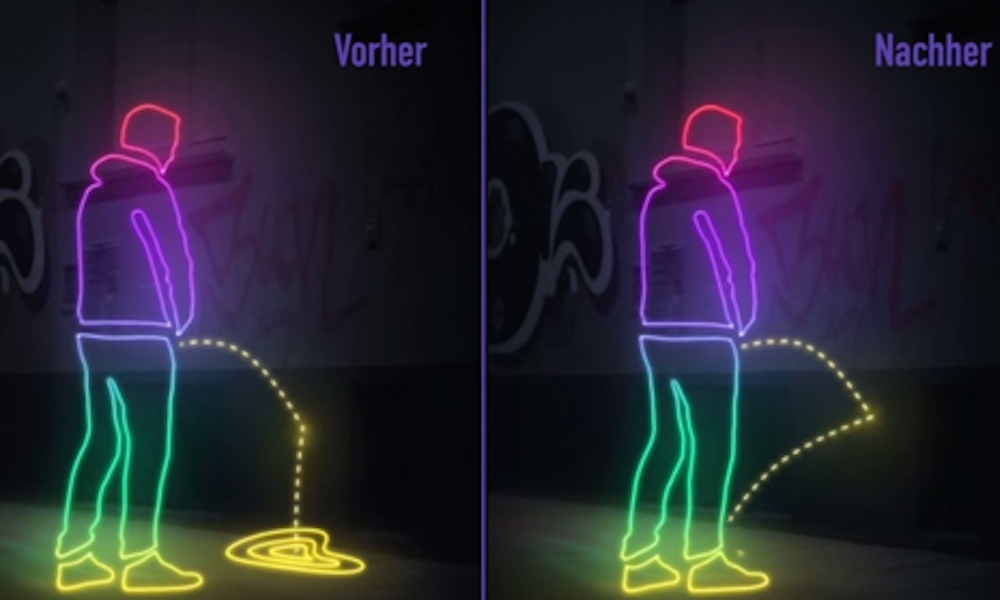 Public urination is a problem for most cities, as a lot of guys are just going to find a nice street corner to relieve themselves when they’re wasted and there’s a massive line for the toilet or they’re just outside drinking. It just seems to be a way of life these days, or maybe it’s actually a good idea when you see things like a giant African millipede crawling out of your toilet happening all the time.

People who live in the Hamburg party district of St. Pauli aren’t happy about this though as they argue that it ruins the aesthetic of the city and leaves it a dank urine soaked mess, which is fair enough early. These people have noticed that fines or arrests don’t seem to do anything to stop people peeing in the streets, so have decided to take matters into their own hands by covering the walls in the popular peeing spots with a superhydrophobic substance that repels liquid.

This means that whenever someone goes to pee on one of the walls, the pee is repelled and often goes all over their shoes and trousers instead. It’s pretty much the perfect plan to stop people whizzing in public, although knowing people that like to pee in public they’re probably likely to find somewhere else to go fairly quickly, so it probably isn’t going to work unless all the walls in the district are eventually covered in this substance.