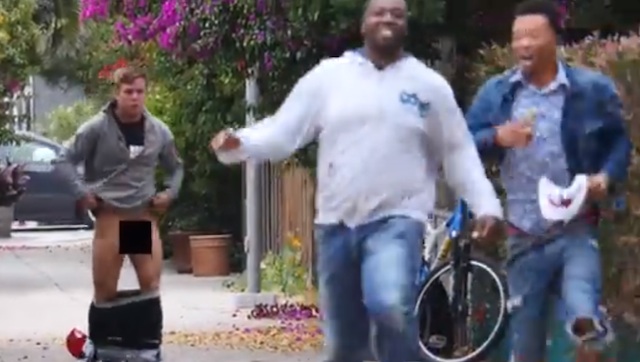 Following the success of their last video – in which they all pulled down their pants to reveal a thong in order to win ghetto fights – TwinzTV are back with a similar concept.

Basically, it’s exactly the same as the last one in that they’ll go and walk around the hood provoking badass guys into fighting them, and then when they do drop their pants. Only this time they’re not wearing thongs but are just getting their dicks out pretty much.

As you would probably guess, the results are similar to their first ‘social experiment’ with all the hood guys getting terrified instantly and legging it off in suitably hilarious fashion, considering they were acting like total brap tough guys a few minute beforehand. Classic prank.