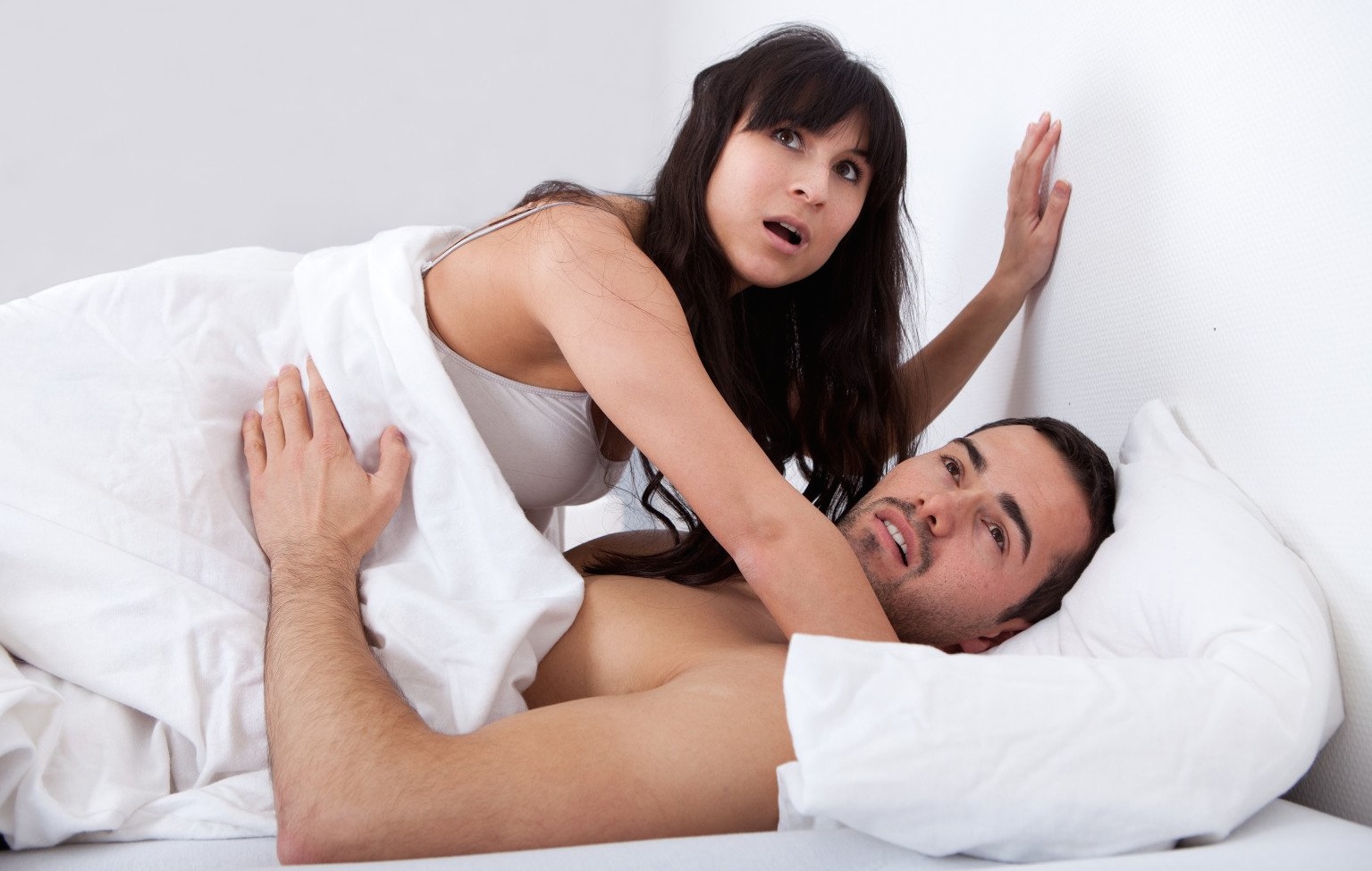 If you’re having an affair with someone, it’s probably not that good an idea to tell anyone about it because the more people that know about it the more chance that people might find out and you’ll end up getting absolutely fucked.

Or, you could text a military humour website called 5Bravo asking for advice about what to do about the fact you’re worried that your ‘girlfriend’ (re: married soldier’s wife) might cheat on you when you get deployed and what you should do about it. Pretty sure that this guy 100% regrets his decision to text in after seeing how their conversation unfolds. FYI a Jody is someone who stays at home and sleeps with soldiers’ wives while they’re deployed. 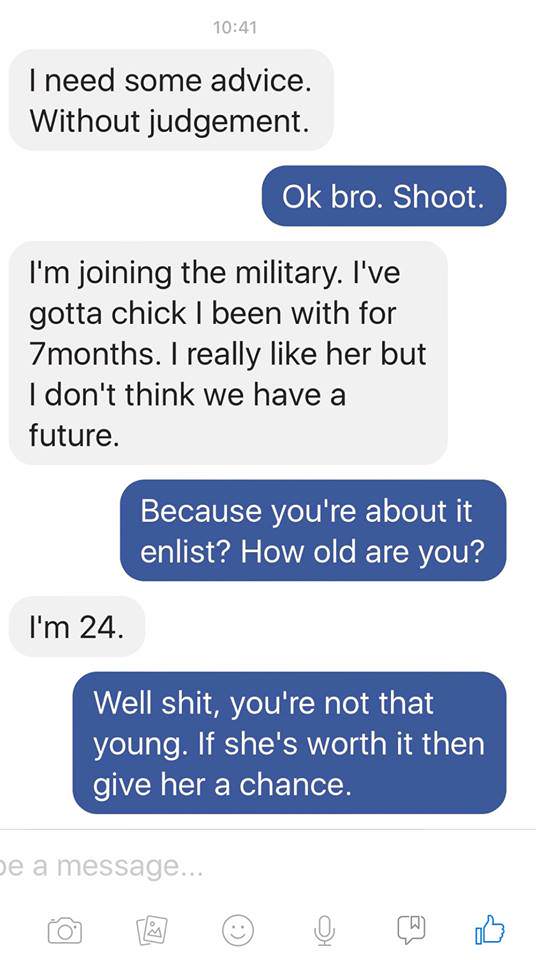 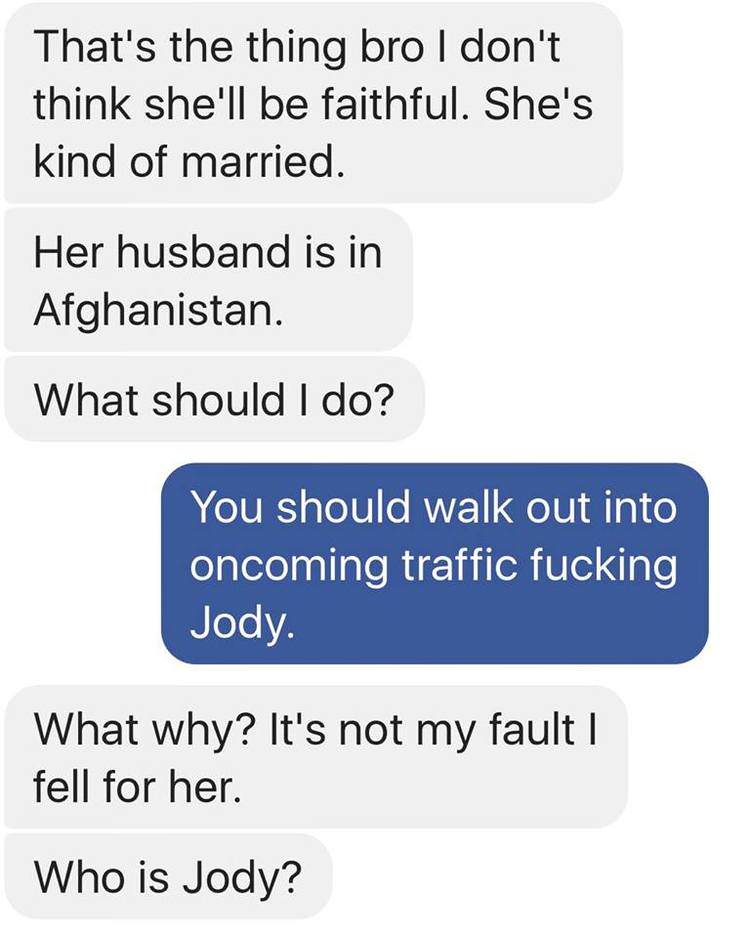 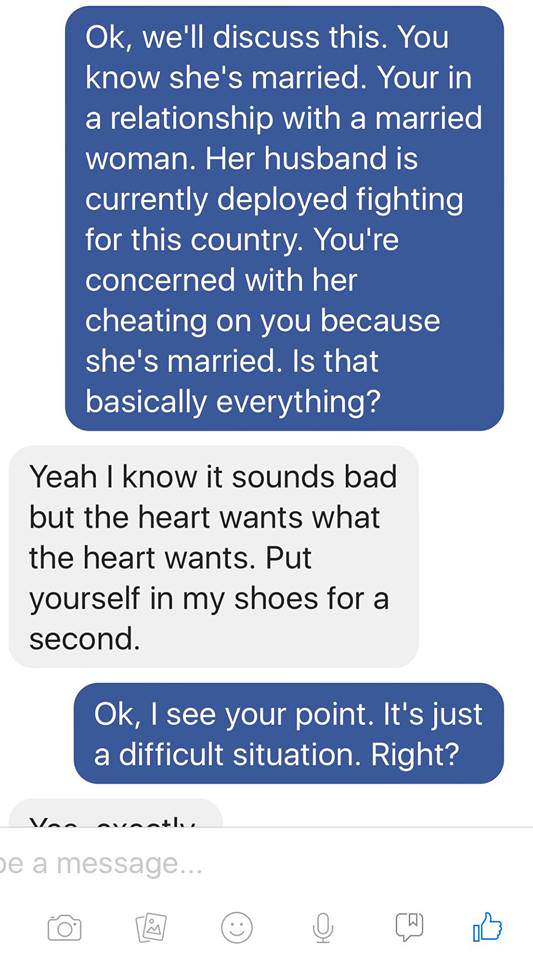 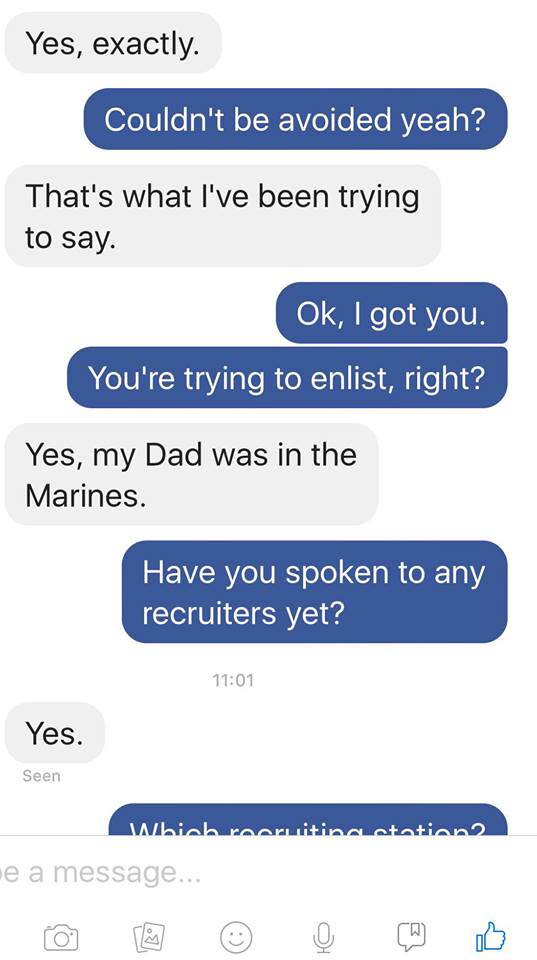 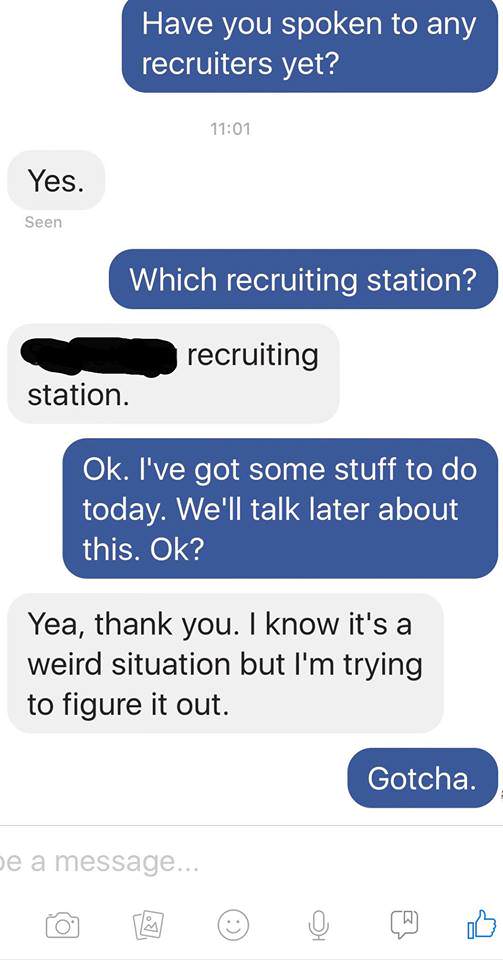 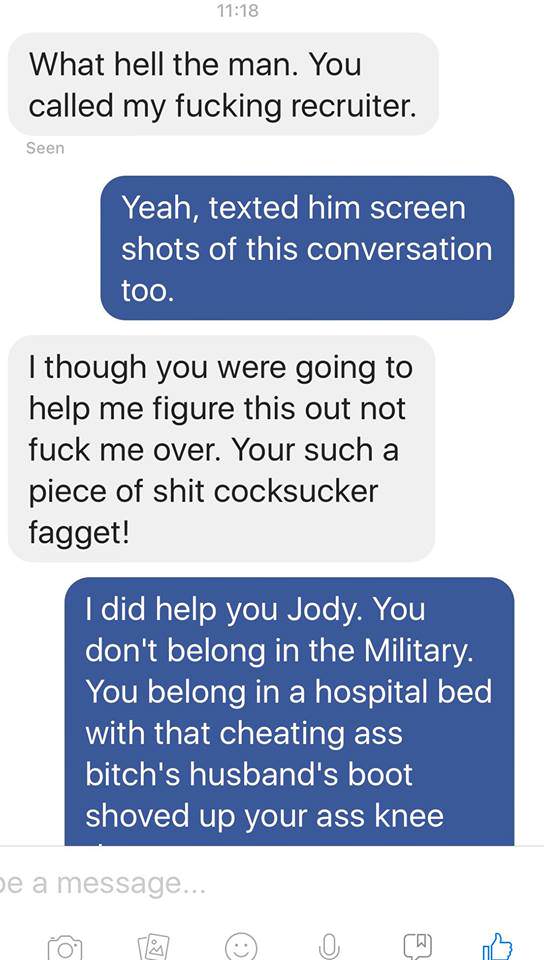 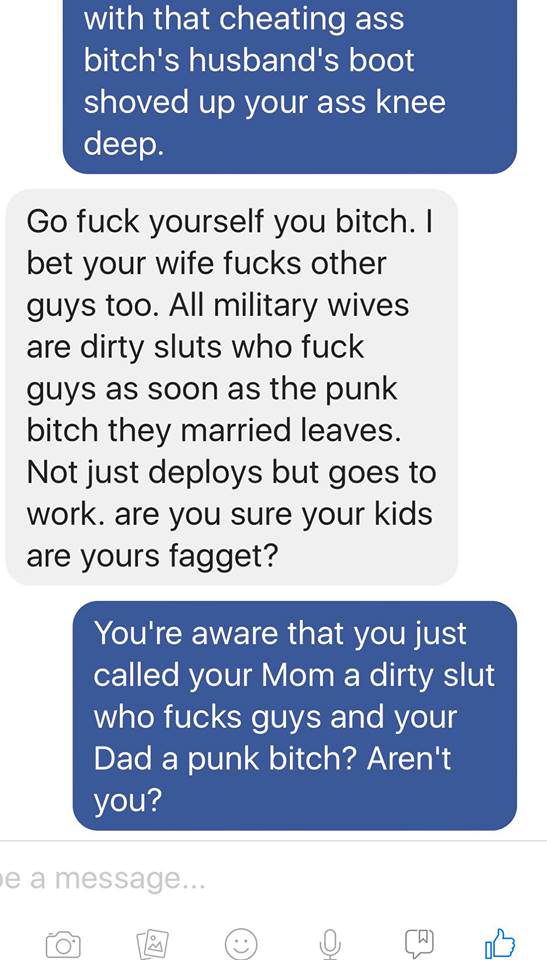 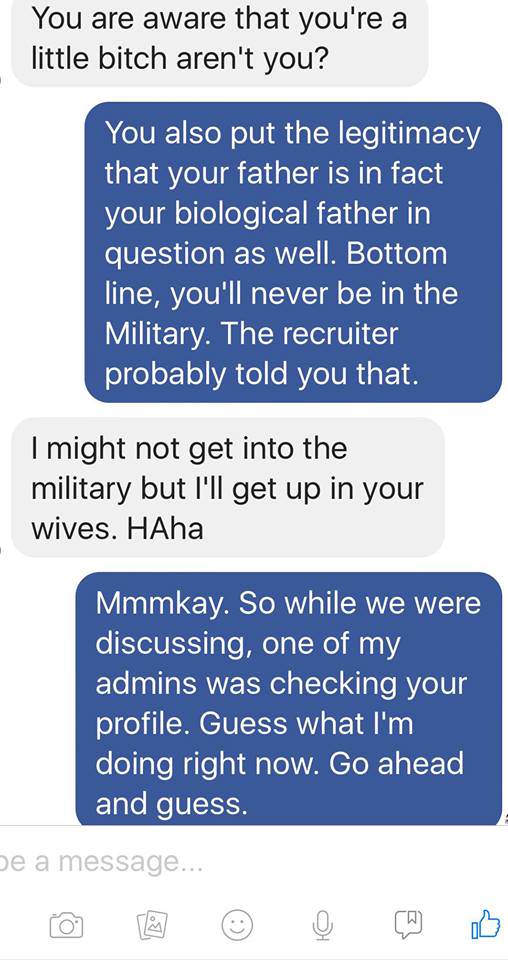 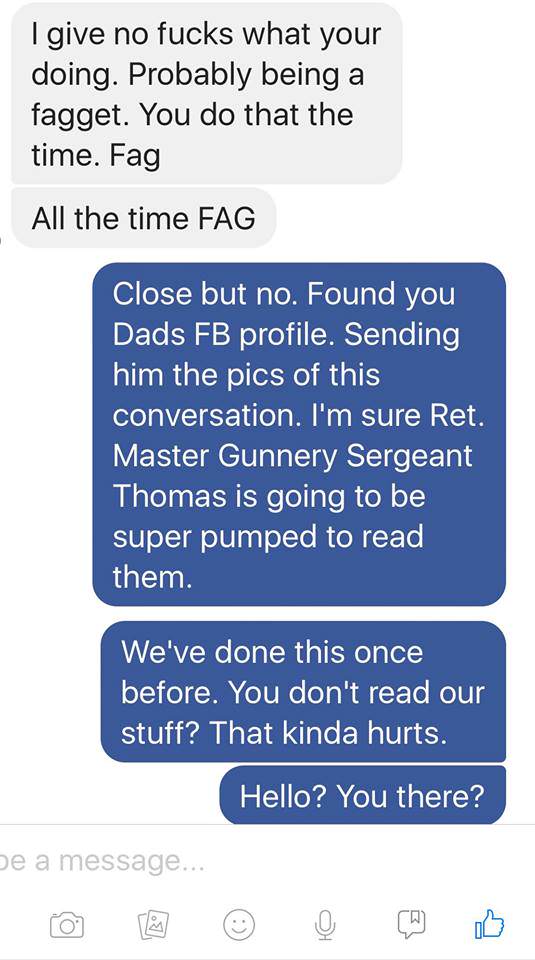 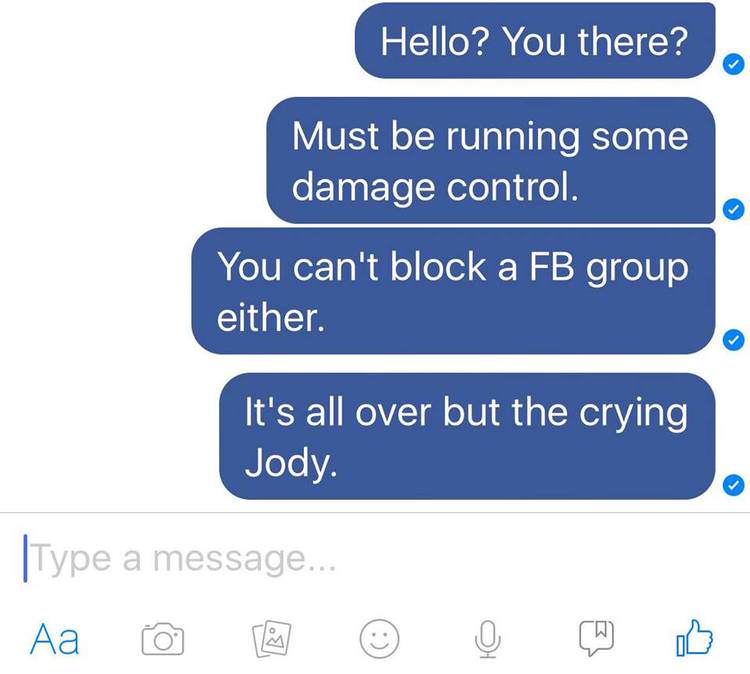 Burned. I guess if you’re going to fuck a soldier’s wife though then you probably deserve everything that’s coming to you. I feel kinda bad about this guy getting his life destroyed, but then he is being an absolute prick and so is the wife of the soldier. That’s it.

For more awesome stories about cheaters getting exposed, check out this absolutely savage video.