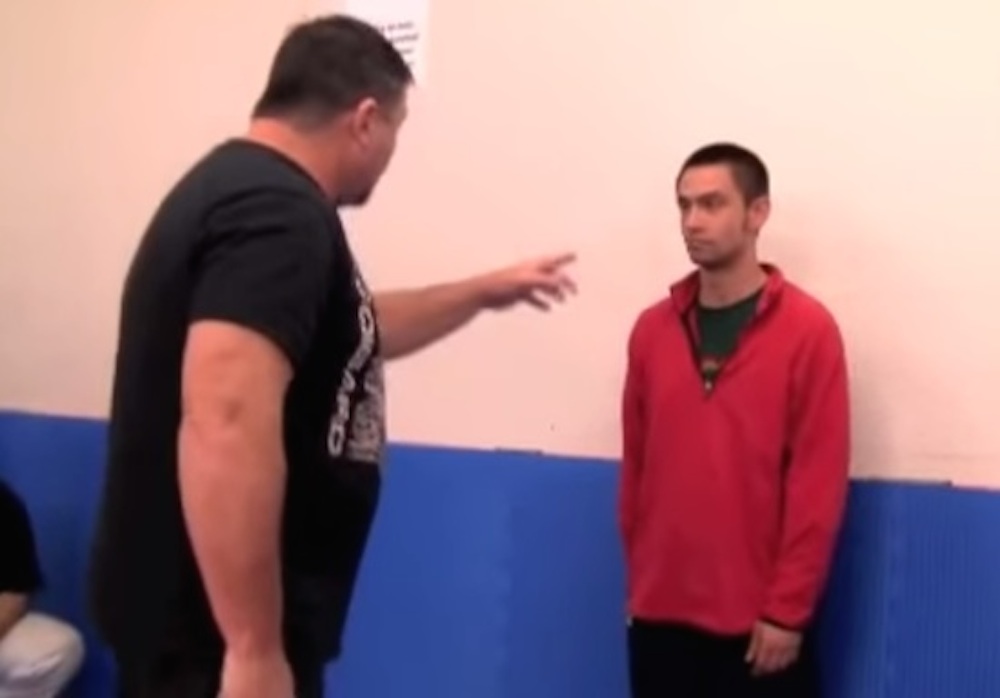 I’ve never really been to any self defence classes – I’m way too tough obviously and don’t really need training to stay out of trouble – but I can imagine that most of them just involve some dude telling you how best to defend yourself and not really confronting the reality of just how terrifying it is to be confronted with a knife in the street or wherever.

Not so this for this guy Deane Lawler who seems intent on picking on the weediest guy in his class to demonstrate just how dangerous a knife attack can be. Although it’s kind of harsh of him to focus on this dude and essentially rip the piss out of him in front of a whole class of people, it also serves the very important purpose of illustrating that a guy with a knife is probably going to pick on you if you’re a weedy guy, and he isn’t going to hold back if he’s attacking you so you had better be ready and not using some of the idealistic techniques displayed in his class.

Props to Deane Lawler for telling it like it is. I just hope the guy he was picking on never actually got attacked by a knife.

Apocalypse Knives Can Slice Through Anything