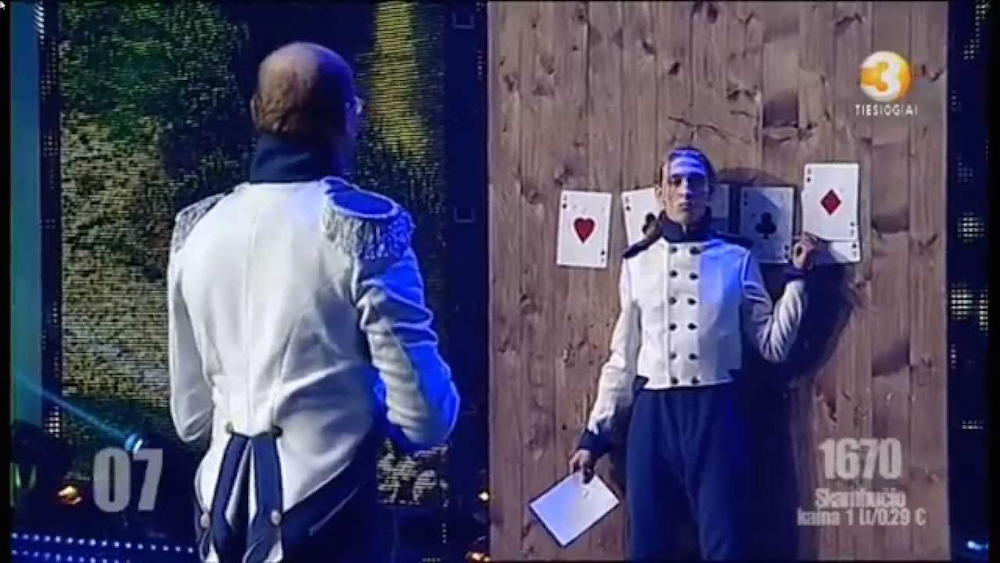 Doesn’t look like Lithuania’s got much talent in the knife throwing department.

Apparently the ‘Got Talent’ brand is so far reaching these days that it’s even made it all the way to Lithuania and as you might expect from the eastern European country, their idea of ‘talent’ is a lot different to ours  – check out the hill of crosses for example – and you can also see it from this clip of some old guy throwing knives at someone else, who is probably his son when you think about it. I mean I doubt there’s any way this dude could pay anyone to throw knives at them considering how terrible he is.

Whether this dude actually even has ANY talent at all is very debatable though as during the performance he barely demonstrates anything resembling that. In it, he stabs his assistant in the hand during one throw (the assistant later tries to wipe the blood off the stage with his shoe) and nearly sends a knife through his face too as part of the act. Like literally it misses him by 1 centimetre and everyone in the audience gasps it’s so close.  It’s a good thing the knife thrower wasn’t using Apocalypse Knives or it would have been a very different story.

It would be nice to think that both of those shots were part of the performance and actually demonstrated how good he was at throwing knives, but judging by the rest of his shots I don’t think they do. I’m not entirely sure what he’s trying to do but there are a bunch of playing cards behind his assistant that you kind of think he’s aiming for but he only hits about 50% of the time. I’m fairly convinced that’s because he’s crap and not his intention, but I could be wrong.

Either way, I’m pretty sure it was a no from all of the judges.