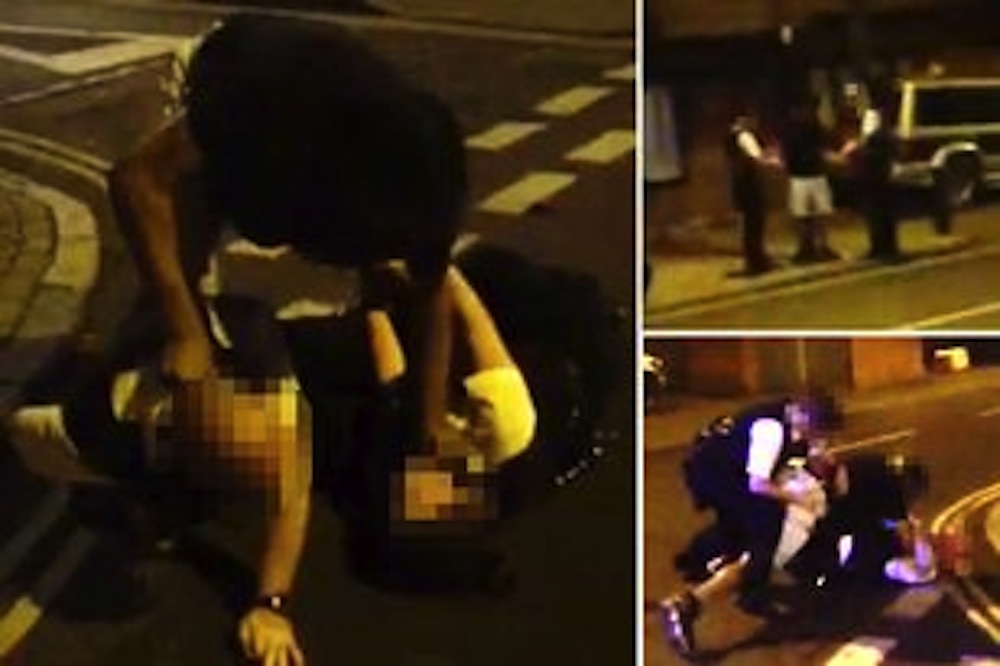 I’m sure we’ve probably all had an experience where we wish we were strong enough to pin multiple people to the ground when they’re threatening us, but this guy actually went out and did it. What’s more, he did it to two trained police officers – I’m not entirely sure if that is a good thing or not though.

It went down in the early hours of Sunday morning in Archway in North London when the guy in question was stopped by a male and female officer in the street. It’s unclear what’s transpiring between them and who is in the wrong or right, but the situation quickly escalates when the two officers start grappling with the man after he tries to escape.

Chances are he was up to no good, but he doesn’t back down to their authority and manages to overpower them both whilst screaming at them to get off him. He then pins them both to the ground by their necks, before legging it off into the night.

It was filmed by a guy named Robert Walakira, who didn’t bother to get involved and help either party obviously, but described the situation as ‘very scary’:

The police officers were trying to force the man to the ground.

But he was too strong for both of them. I was worried, especially for the female officer, but I was too scared to intevene.

One of the officers managed to spray CS gas but it didn’t make any difference.

It was awful – I’ve never seen anything like it.

I suppose you can’t really blame him for not getting involved when they guy was overpowering two other people with relative ease. Like I said, we don’t know what it was all about and I’m not sure if it’s cool that he managed to do this and get away, or whether it’s terrifying that he was so easily able to lock down these two officers, especially if he was a wanted murderer or something.

Scary stuff. Maybe flakka – the new drug that is supposed to give you superhuman strength – has started to make its way over here?