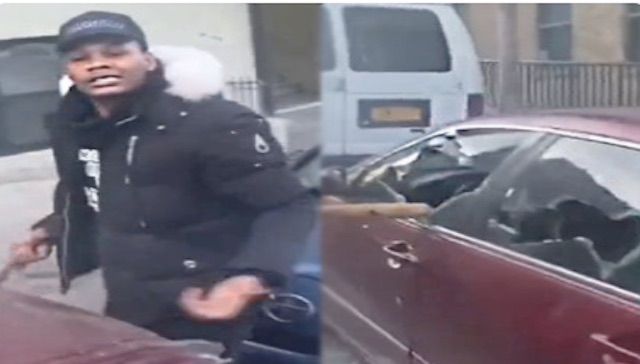 I don’t think there’s ever a rational reaction to being found out that you’ve been cheated on by your significant other, but smashing their stuff up certainly feels good – even if it’s probably not the best long term solution.

The guy in the video below is doing it for everyone out there who’s ever been cheated on, grabbing his baseball bat and heading out onto the street to beat the absolute shit out of his girlfriend’s car, kinda like that old bonus level on ‘Street Fighter 2’ from back in the day. He might be crying and really upset but you know that’s probably gonna feel pretty good when he looks back on it.

Anyway, take a look and enjoy:

Yeah, homie might have his heart in the blender right now, but you know he’s gonna reminisce on that in the future and think about how it felt real good. Just gotta hope he doesn’t get hit with a court case or his girl’s new boyfriend doesn’t head over and beat the crap out of him and force her to pay her back to get the windows fixed.

That’s the thing with destroying someone else’s property – so many ways you can get completely screwed over because of it. Almost always worth it though.

For more of the same, check out this guy getting revenge on his ex girlfriend by getting a selfie of her caught in the act. Gotcha.