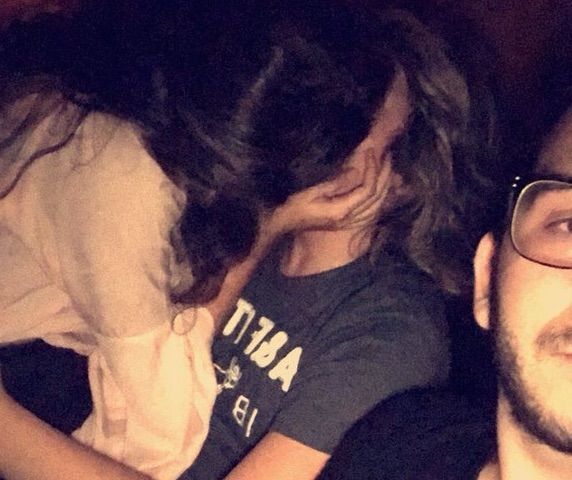 I’m pretty sure that if I ended up at a party where I spotted my girlfriend making out with a guy who wasn’t me that I would find it pretty difficult to restrain myself, and I definitely wouldn’t be able to do what the guy in this story was able to achieve.

Mariano, from Quilmes in Bueno Aires, Argentina was out with his friends a couple of days ago where he spotted his girlfriend sucking face with another dude. Instead of losing his rag and going up to her to confront her, he instead managed to keep cool and sneak up beside her to grab himself a selfie of her in action which you can check out below:

Damn girl she really is all over that dude isn’t she? So much so that she doesn’t even know her boyfriend is right there taking a photograph. Awkward.

Anyway, following on from the picture Mariano obviously shared the image on Snapchat along with the caption ‘my girlfriend (now ex) didn’t realise that we came to the same party’. Cold, although it obviously got retweeted and endorsed a whole bunch of times, naturally.

Mariano then followed it up by sending the following tweet where he shares her grovelling attempt at an apology:

I guess you probably don’t read Spanish, so the basic gist of it is the following:

I was very drunk and the fatty was very insistent with me, he told me loads of things and I do not know how it came to that. I seriously love you and I want to be with you.

Mariano: You could have made a bit more of an effort (with the laughing/crying emoji)

I’m pretty sure that isn’t what the above screenshot says in Spanish but I don’t have a better translation of it unfortunately. In any case, I’m sure if probably says something similar as it seems like Mariano is taking it fairly well, although I imagine that girl is probably going to have a pretty hard time of it for the next couple of years over in Argentina where the story has gone viral. Guess she shouldn’t have cheated on her boyfriend though eh?

For more great cheating revenge stories, check out this one. Really one for the ages.