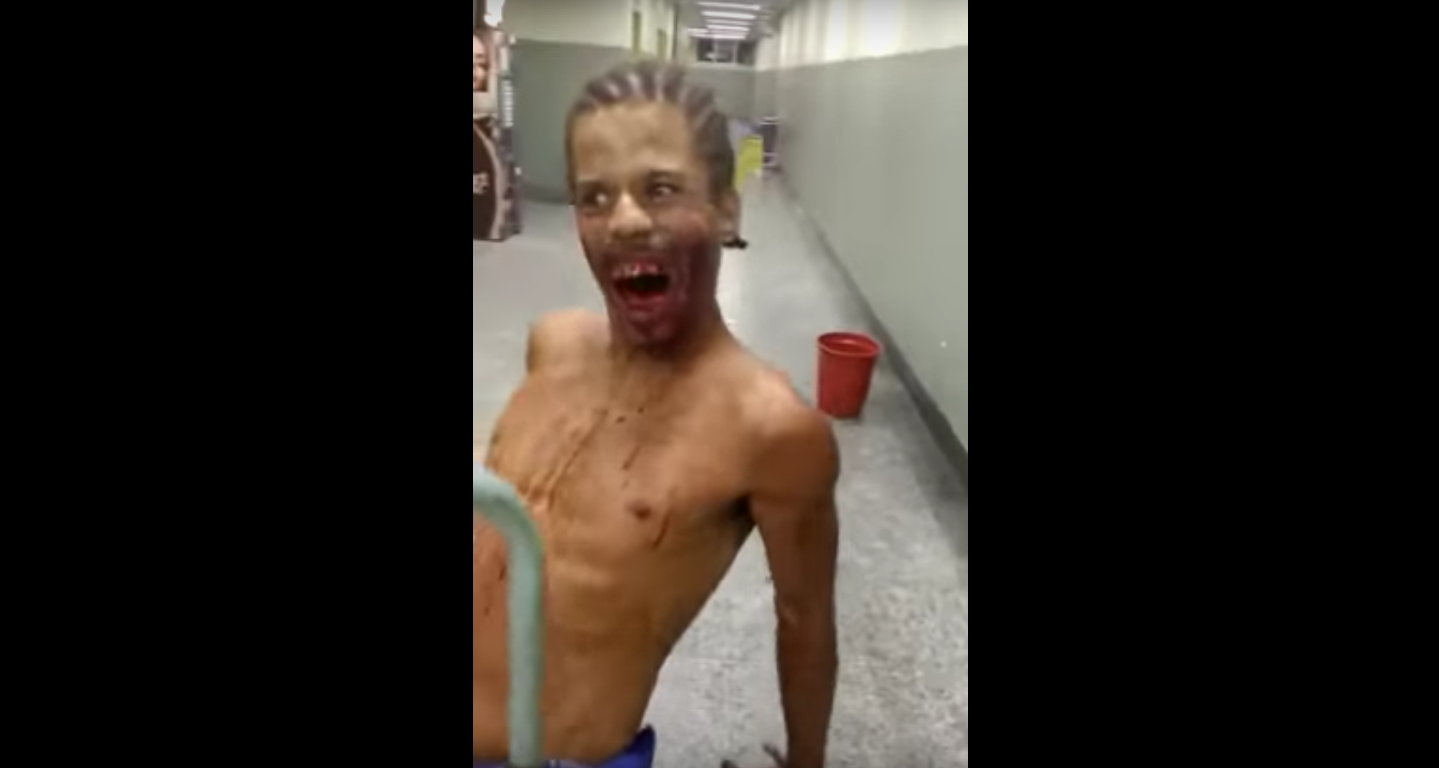 Every now and again we feature a video on the site that could actually prove the existence of zombies. This is one of those times.

In the video below, we see an unidentified Brazilian guy who has turned up at Miguel Couto Hospital in Rio. He’s been shot in the face but that doesn’t seem to phase him as he’s completely and utterly out of control, marching around like he’s been possessed by Satan in some kind of weird Exorcist style position.

It’s guaranteed to freak you out:

Scary stuff. The page where I read this claims that he was shouting in Portuguese about being possessed by Satan, but I don’t think that’s actually true and probably just fits the narrative of him being bent all out of shape.

It would probably be even weirder if we actually knew what he was screaming about. I’m sure most people are probably going to assume that he was high on some weird drug like flakka. It’s the most likely explanation really, let’s be honest.

For more on flakka, check out this guy who ended up having sex with a tree whilst he was on it. Not so good.