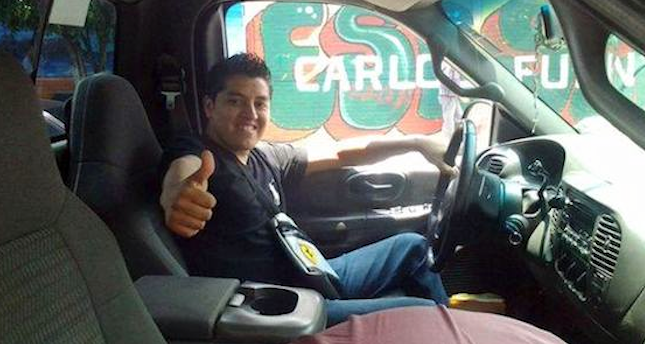 Not the first death attributed to a selfie but easily the dumbest so far.

Selfies are pretty dumb and recently they’ve become life threatening as there have been a few cases of people taking really dangerous ones that they’re going to get hurt over taking – like in front of the peloton at the Tour de France and at the running of the bulls in Spain. Neither of those things are good ideas. However, it’s probably a way worse idea to shoot yourself in the head whilst you’re taking a selfie, which is exactly what happened to this guy.

It was Saturday night in Mexico City and 21 year old Oscar Otero Aguilar was drinking with some friends when he decided to take a selfie with his 0.45 calibre pistol, presumably to upload to his Facebook page and try and score some chicks. Unfortunately for him, whilst he was fiddling around with his phone he managed to pull the trigger on his gun in the other hand and blow his brains out. What a way to go.

After hearing the gun shot his neighbours called the police and miraculously Oscar was still alive when they turned up. Unfortunately he couldn’t be saved though and was declared dead at the scene. One friend was detained for questioning whilst another known as El Paco fled the scene when Oscar shot himself, as you might expect.