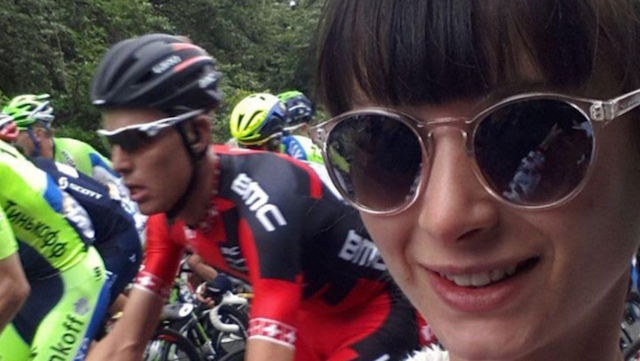 The selfie is a danger to everyone in this context.

Tour De France riders are being faced with a new danger as they seek to finish the hardest race in the world – people getting in the way of the peloton trying to take selfies with them, which is actually incredibly dangerous for everyone involved. Almost as dangerous as threatening to commit suicide because you can’t take the perfect selfie.

Marcel Kittlel – who won the first stage in Harrogate – offered the following explanation for the phenomenon, and why it should stop immediately:

Some spectators were in the middle of the road taking pictures. Then there is the classic one where they are all in the road and when the peloton comes, they move off, but they leave grandma in the wheelchair still there. We are very happy to have them and it was an amazing crowd today but they have to take care to stay off the road.

Of course, the Tour De France has a long history of people getting in the road and injuring themselves because they’re basically idiots and wait for about six hours for the peloton to come past for about ten seconds and want to get in the road/on TV to celebrate this fact, but the selfie adds a whole new level of danger to this as people turn their backs to the oncoming cyclists. One cyclist called Zak Dempster said it was almost as dumb as taking a selfie on a train track with a speeding train heading towards you.

So yeah, if you’re planning on going to the Tour De France don’t be a prick and take a selfie and fuck yourself and all the riders and the whole competition up, yeah?

Here are some of the people who managed to get selfies though, and let’s be honest they all look like dickheads so there’s really no need for anyone to copy them, unless you want to end up like one of these epic selfie fails.

Spend hours waiting on Holme Moss for Tour de France. Turn back when riders arrive to get a selfie. #brokenbritain pic.twitter.com/XBoHKI7Ywj