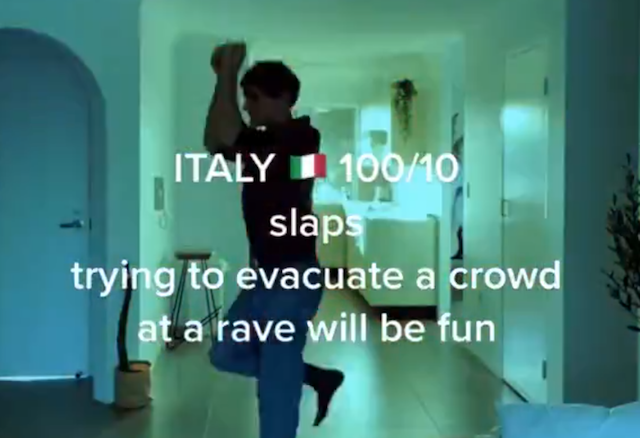 I’ve never really thought much about the emergency alarm system in any country and how each one of them may differ, but thankfully some dude on TikTok has decided to rate them all so now I have a pretty good idea of what’s going on in each country and how some are way more weirder and horrific than others.

This is actually a really funny TikTok video for once, so I’ll just sit back and let you dive right in and enjoy it:

this guy on tiktok rated emergency alarm sounds from different countries and there’s no reason it should be this funny 💀 pic.twitter.com/i0YsB4OuMe

Geez some of those are terrifying aren’t they, especially the Israel and Greece ones? I mean I get that it’s an emergency but those noises would just fill you with dread and make you think that it was already over and there was absolutely no way out of the situation that you had suddenly found yourself in. Much prefer that Italian version which genuinely might lighten your mood slightly even if aliens were attacking the planet or there was a gigantic earthquake or whatever. Don’t even know what the English one sounds like but you can bet it’s probably bog standard and awful. Pretty much sums up this country.

For more of the same, check out this guy who emailed a hijacking threat to avoid going on holiday with his side chick. Kinda smart?