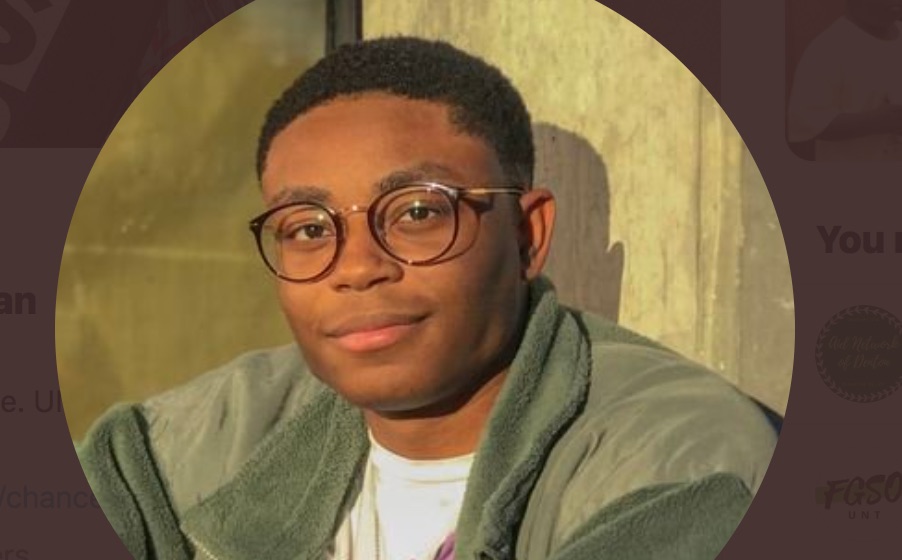 Tinder has been around for an absolute age now – just look how many Best & Worst of Tinder articles we have got through over the years – but it turns out that there are still people out there innovating their approach to the profile with this guy Chance going completely viral after deciding to present his as a Powerpoint profile.

Chance seems like a pretty funny kid from the University of North Texas, at least judging by his Powerpoint profile which features quotes from his ex girlfriend, a slide explaining the benefits of dating him and a pie chart explaining how he chooses to spend his time:

Can’t tell if this was the best or dumbest thing I ever decided to do on tinder? Honestly might update it https://t.co/yaVFxPwMaJ 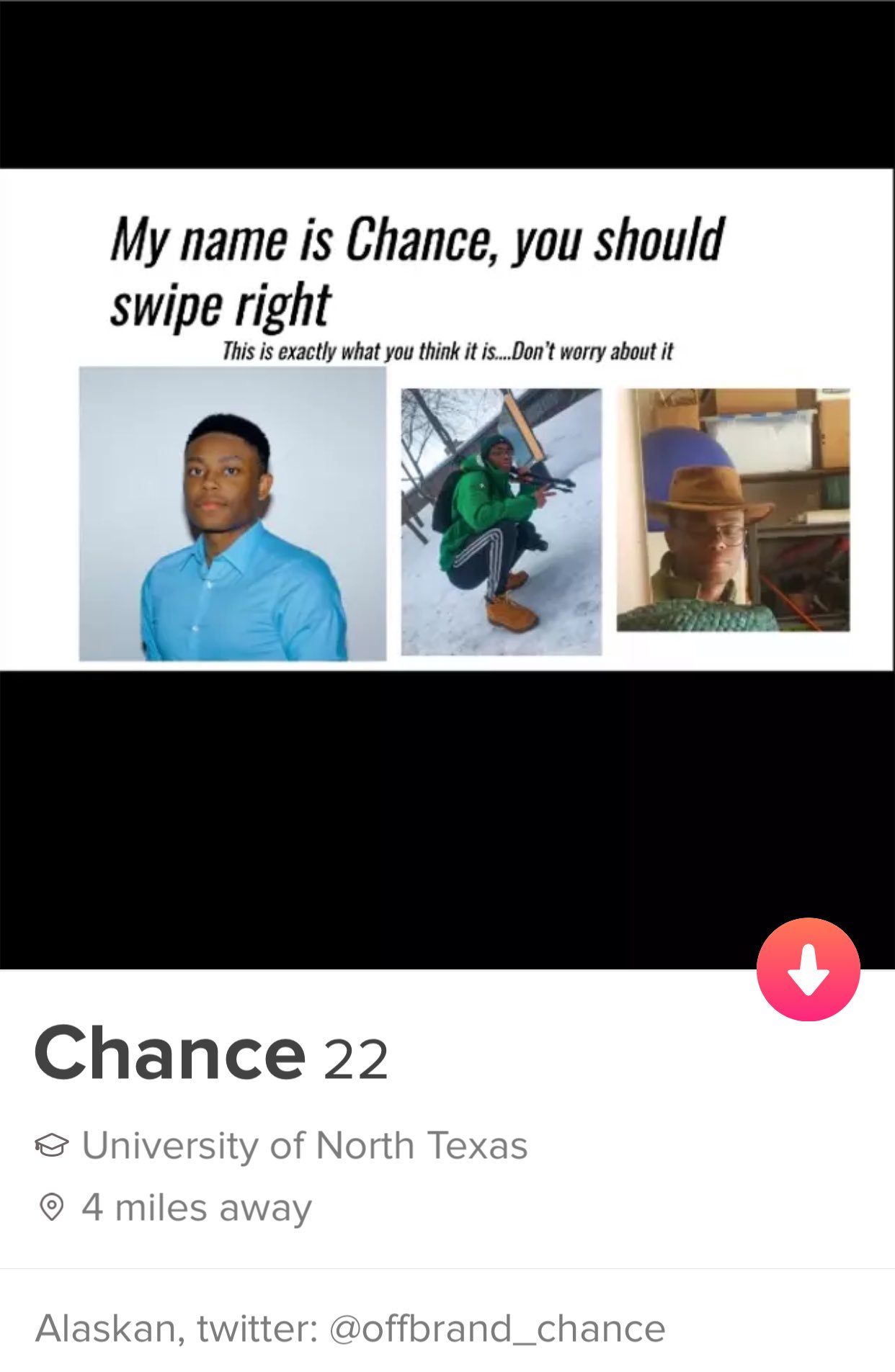 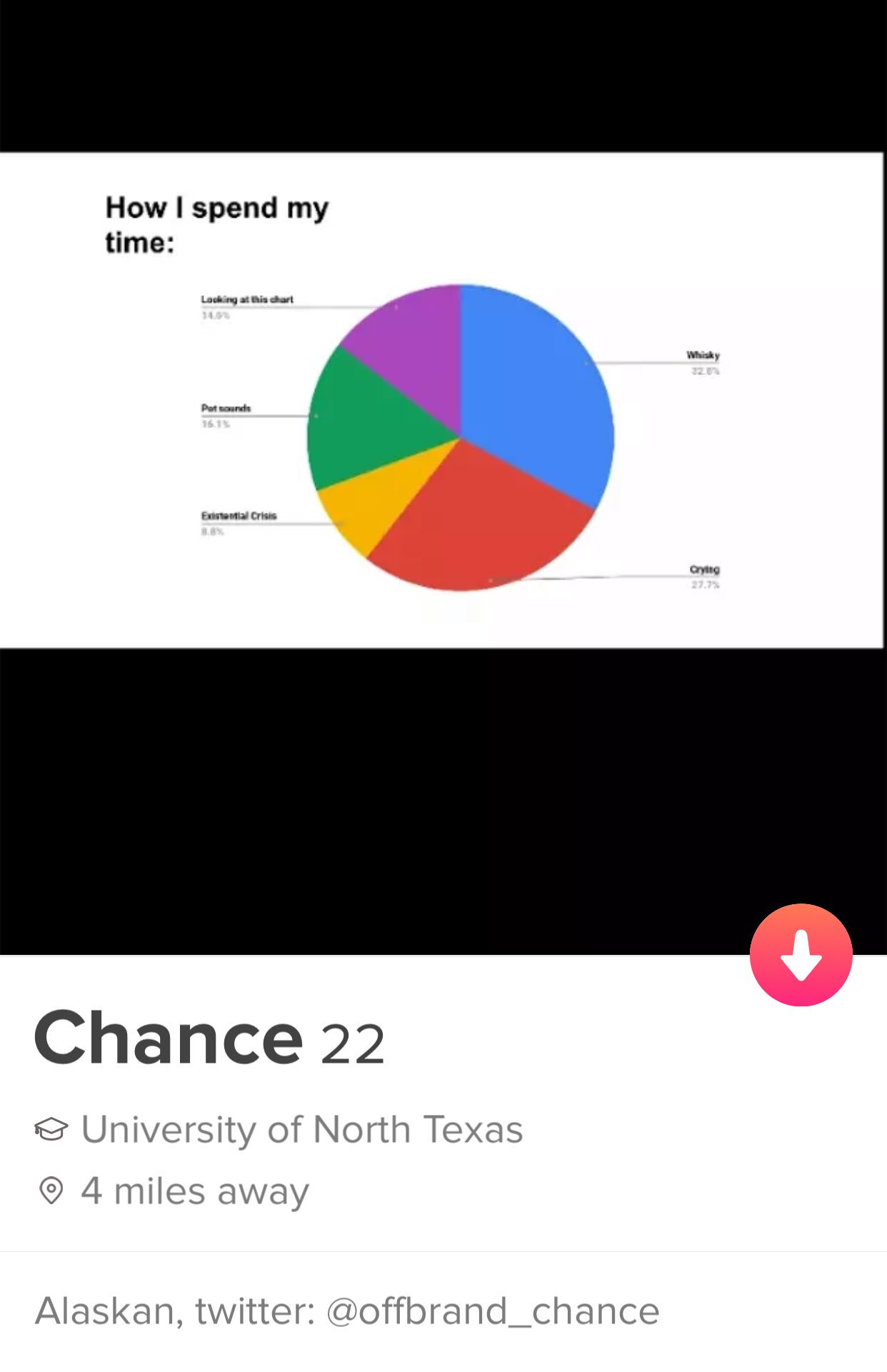 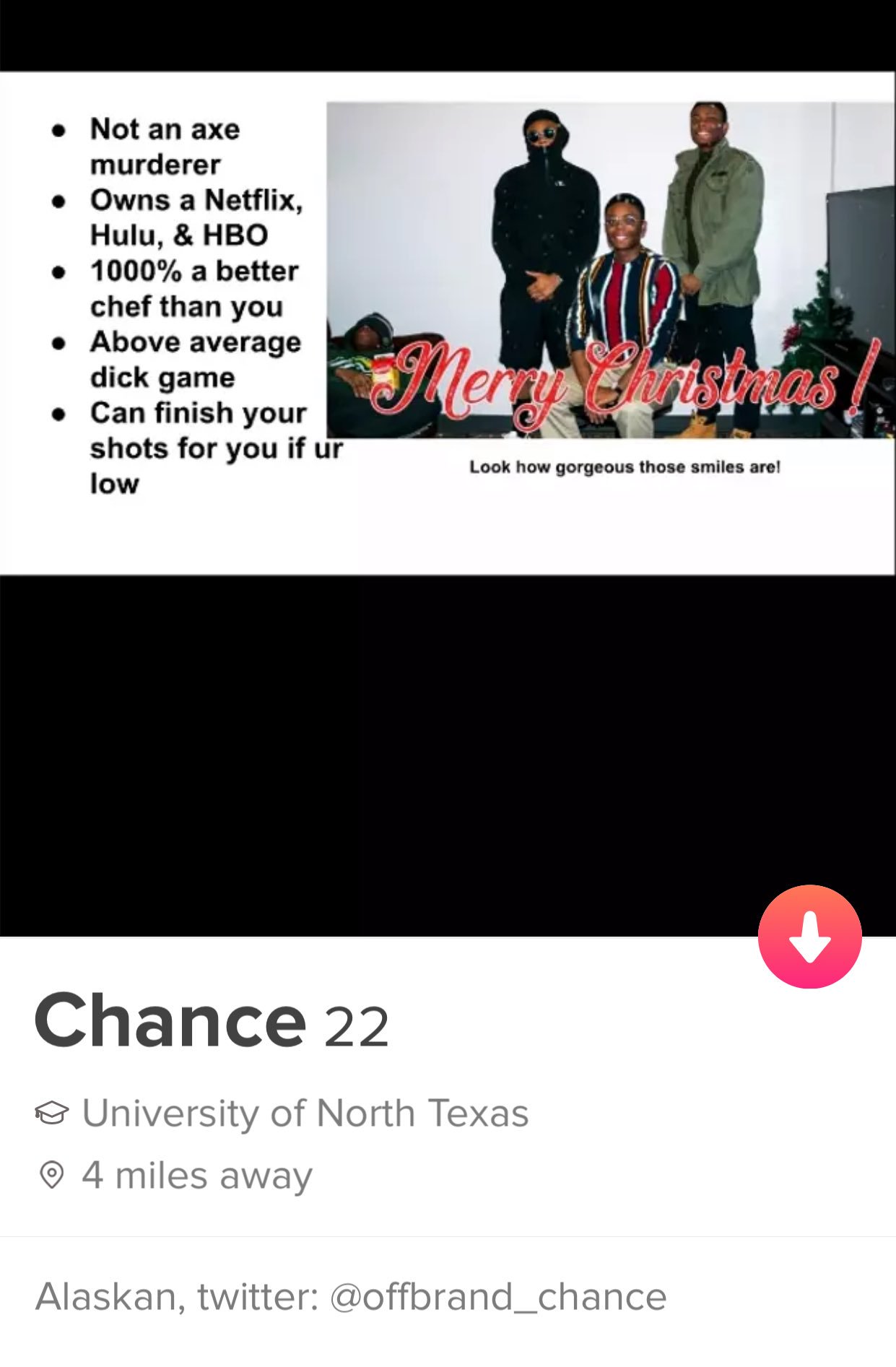 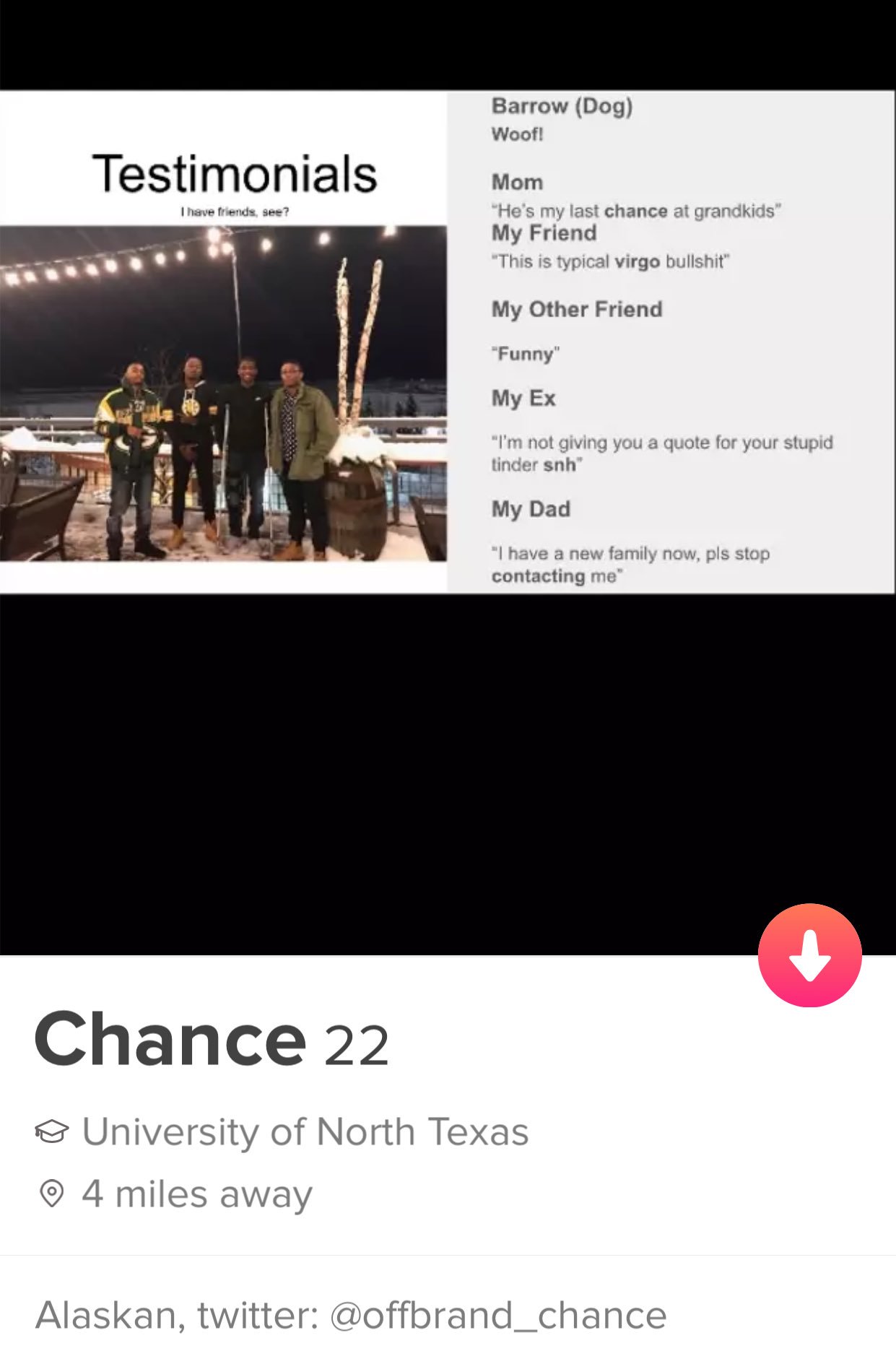 Yeah I guess that’s kind of funny, but I don’t know if it’s 225K likes funny. Apparently it is though as those are the stats Chance’s tweets are rocking at the time of writing.

Not really sure how it’s going for him on Tinder though which was the original intention and it doesn’t seem like he’s actually picked up that many followers either, so maybe everyone is just laughing at how lame his Tinder profile is? In that respect I guess it’s a massive fail, although I guess he can always use the fact that he went massively viral to try and impress girls?

For more of the same, check out this girl’s ‘heartbreaking’ TikTok about losing her boyfriend. So good.