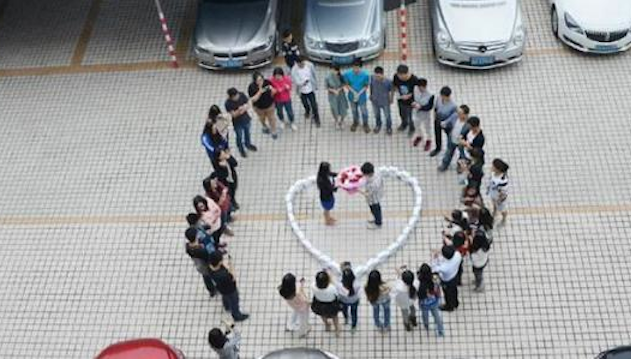 Not sure if his heart or wallet is hurting more after this one.

We’ve talked before about how much people in China love the iPhone – like when this guy rented out his girlfriend in order to be able to afford one – but this might even be stupider than that.

One Chinese guy from Guangzhou thought that if he utilised the iPhone in his wedding proposal than there was no way his bride to be could turn him down. Unfortunately, he was wrong and now the public humiliation of it is set to go viral and probably remind him for the rest of his life about what an absolute idiot he was.

The guy thought it would be a good idea to get 99 iPhone 6s in their boxes and arrange them in a heart on the floor and then propose to his girlfriend in the middle of his heart. Granted, this does show a lot of effort and commitment – and more importantly must have cost a shit load of money – and if the Chinese love iPhones as much as we’re to believe then was probably appreciated so on paper it probably isn’t a bad idea.

Unfortunately, in reality the dude came up short and now has an $85,000 bill alongside his broken heart and the whole internet laughing at him. Tough break dude. You can catch the whole event in the 3 pictures below, which are kind of like that moment in the Simpsons where Bart pinpoints the moment where Ralph Wiggum’s heart breaks, except these are from a top down view so you can’t see the guy’s face, just his dejected body language. Brutal, but would it end up in the worst marriage proposals of all time? 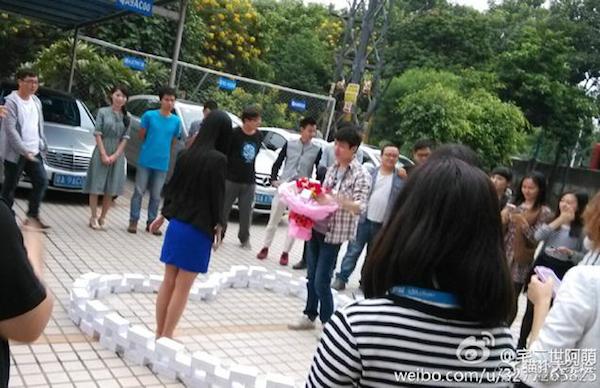 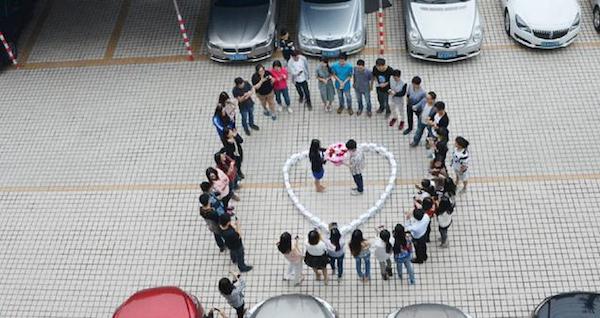 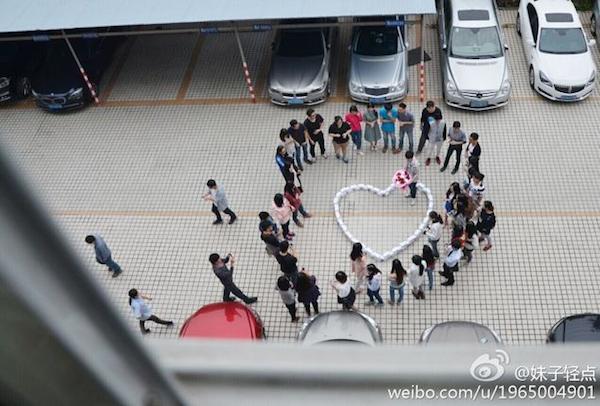