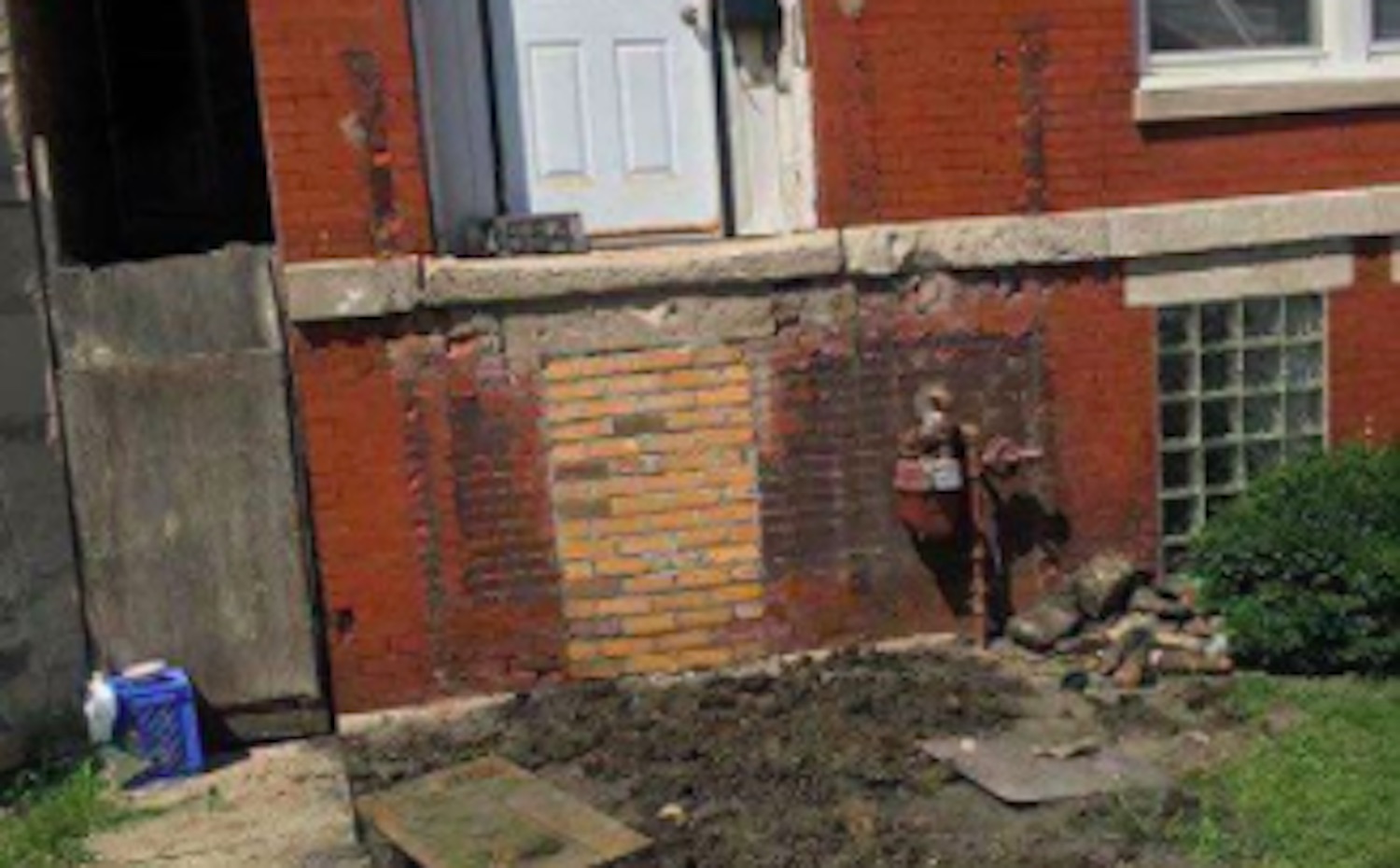 There’s nothing nice about getting anything stolen from you or your house, but it might be even worse if you find out that someone stole something from outside your house without your knowledge. Especially if it’s your porch which essentially means that you can no longer get in or out of your house.

This is the bizarre situation that 22 year old Antonio Silva from Detroit found himself in a couple of weeks ago when he woke up and went out for a smoke, but found himself taking a fall and lying on his ass looking up at the sky. His porch had been stolen, and he had no clue who had done this.

Speaking to UniLad, he said the following about the incident: 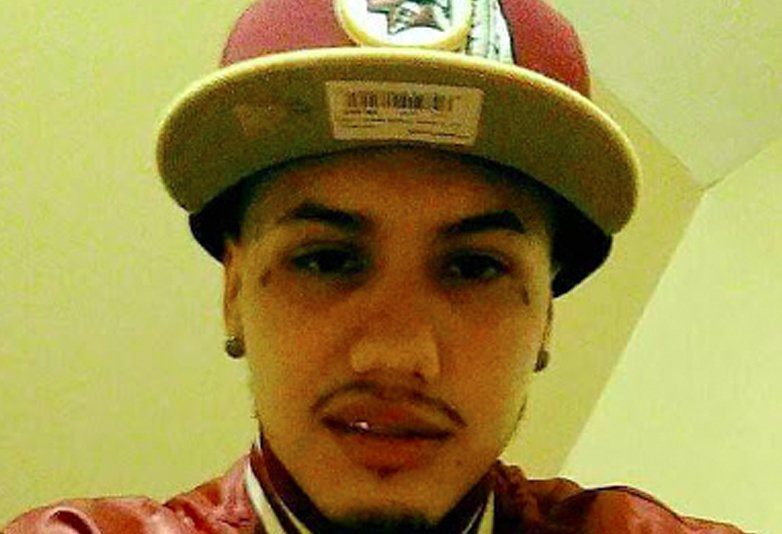 I’ve been living at that house for  two months but no longer there now due to my missing porch that was stolen two weekends ago on the May 25.

It all came into realisation that it was gone when I woke up in the morning to smoke. I went to open the back door and fell before I could even get a chance to light my blunt.

I took one step into mid-air and found myself laying in the dirt where my porch once used to be.

I’m not sure who took it but I suspect it was my crazy ex-girlfriend that stole my porch because I threw a house party that Friday night and she wasn’t invited.

I never felt so confused with my life laying in the dirt as I was trying to tell my self ‘is this even possible?’ I got a good laugh and bruise out of it.

I figured I’d share it with Facebook to see what everyone’s reaction would be. I didn’t think it would go viral turns out everyone thought it was hilarious, I got everyone in my DM even news reporters telling me how entertaining my porch post is to them.

My friends and family where shocked they didn’t believe me until they seen the post. I’ve had a few things come up missing before but never my porch. Who does that?

The reason why I think it could be my ex is because she stalks me and tries to fight every girl I talk to. I’m sure she knew there were females in my house that night.

But who knows really? It could have been anybody. When I asked her she replied by saying ‘YOU SOUND DUMB, WHO THE F**K WOULD STEAL A PORCH’ 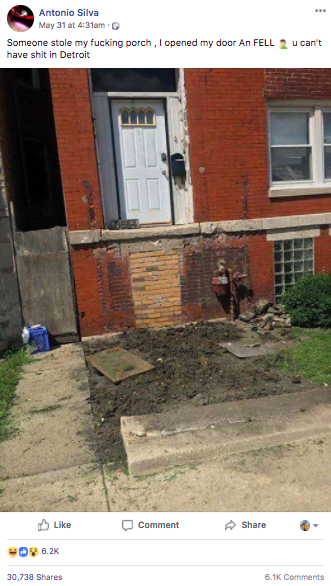 Well yeah I can kinda appreciate what she’s saying there, but she can’t exactly argue with him because he’s got a picture right there of his house without a goddamn porch in front of it. Seems pretty clear that someone stole it – although even though this is kinda surprising for us I feel like it’s the kind of thing that might happen fairly often in Detroit.

It’s a good thing that Antonio can laugh about it though because I’m pretty sure I would be massively stressed out if I had to move out of my house after two months because someone stole my porch. I mean you can’t even make that stuff up really, can you? To reiterate his ex – who the f**k would steal a porch?

For more hood thefts, check out these guys pranking bike thieves with 1000 degree saddles. Too good.