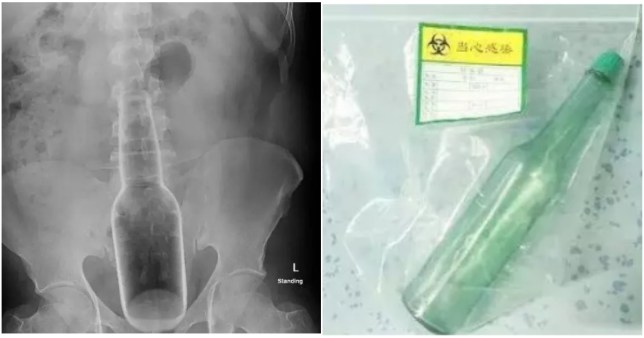 One of my all time favourite topics to write about here on Sick Chirpse is the stuff that people get stuck up their butts and the excuses that they use to try and explain it, so obviously I’m stoked to come across another major contender for the crown right here.

Once again we’re in China with this one – who would have thought that such a sexually conservative country would be so into sticking things up their bums? – where an unknown 60 year old man stumbled into the emergency room with a massive cologne bottle stuck up his ass. He tried to play it off all cool like it was an accident, as apparently he was just scratching an itch on his butt with the bottle when his anus just opened up wide and swallowed it whole. Yeowch.

The man eventually went to the doctors to get it sorted out, where the surgeon in question Dr Lin Jun decided to take photographs and tell the public all about it, encouraging other people not to do the same. Seems like it is a major problem in China after all.

Here’s what Dr Jun had to say: 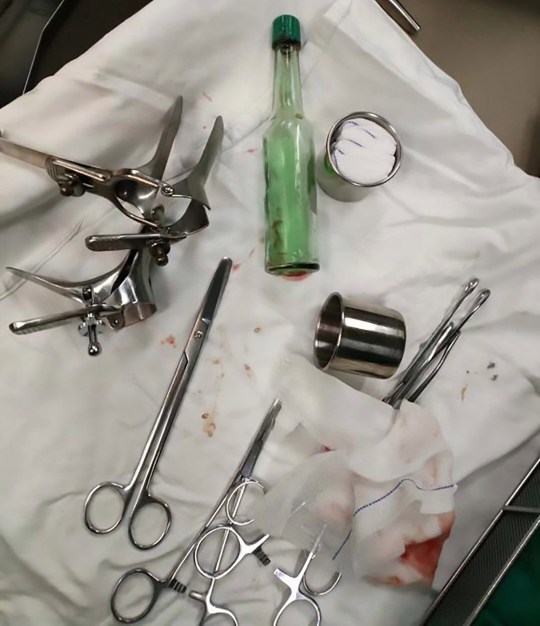 The patient told me: “My abdomen hurts. There’s something inside. I can’t poo or fart”.

The entire glass bottle was inside his rectum. I could feel the bottle under his abdomen. He said his anus was itching.

He said: “I was very uncomfortable, so I bought a bottle of Florida Water and began scratching the itch.

Then the bottle accidentally went up my rectum”.

Seems like the message is clear – if your ass is itching then under no circumstances should you use Florida Water to scratch it. It might end up there.