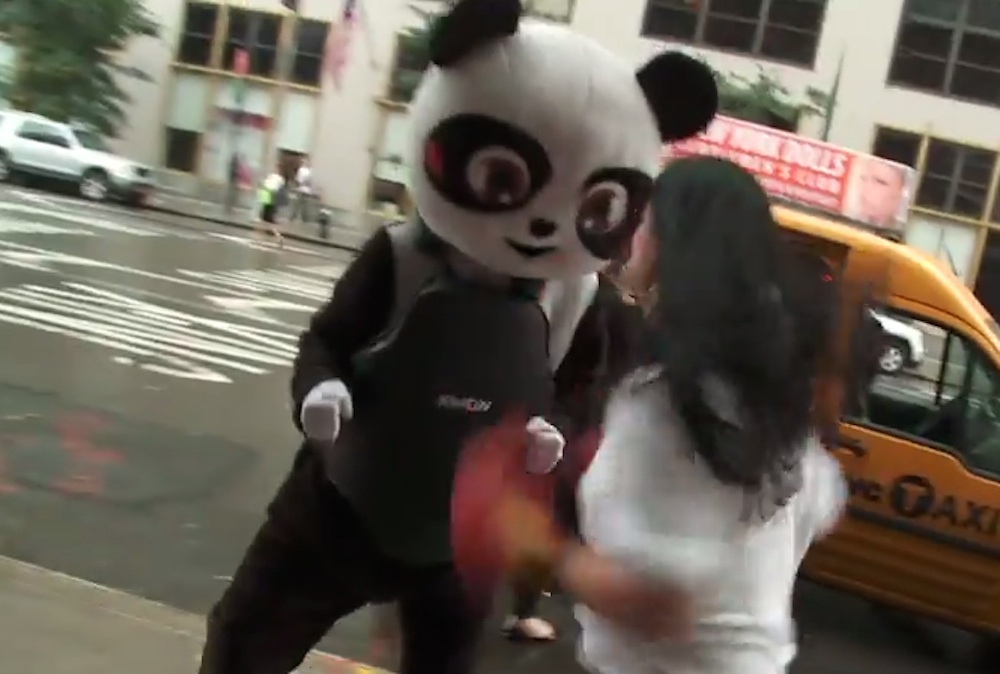 Artists can be a little crazy.

Sometimes I’m sure you feel so stressed out that all you want to do is beat the crap out of a giant panda.

This guy called Nate Hill is now giving you the option to do exactly that, but only if you live in New York City. He’s dressing up as a giant panda and wandering the streets of the city, allowing people to beat him up with boxing gloves for the price of one penny.

Quite why he’s doing this is a mystery to me. He explains in the video that it’s something to do with a response to residents of New York’s aggression after 9/11 as part of a social experiment, but it doesn’t really make any sense when he explains it so I don’t get it at all. It seems as though after that though he’s enjoyed the social experiment a bit too much as he now just enjoys doing it and getting beaten up by random people. He says that he doesn’t want to get seriously hurt but there has to be some element of danger involved and possibility he might get hurt otherwise he’s not interested.

Right – sounds like some weird variation of 50 Shades Of Grey basically. Still, if he came up to me and said I could beat him up I wouldn’t think twice.

If you like giant pandas, why not check out this record breaking sex tape featuring one of them.