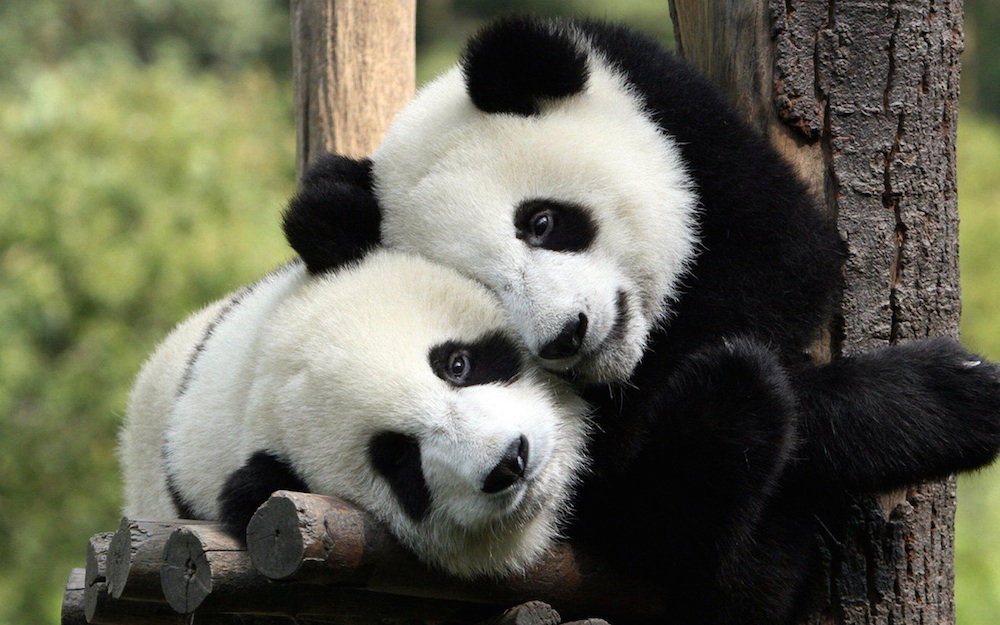 We’ve all seen our fair share of leaked celebrity sex tapes – don’t pretend you haven’t – but this is a leaked sex tape of an entirely different kind. It involves two giant pandas going at it and breaking the record for the longest time that two pandas have ever had sex.

I’m not entirely sure why that’s a record or who the hell is even keeping track of it, but it’s the official word that this panda Lu Lu is a complete and utter demon in the sack. He’s banging another giant panda called Zhen Zhen – going doggy, missionary and 69ing for an impressive seven minutes – in Sichuan Giant Panda Research Center, which is conducting breeding sessions whilst the female pandas are in heat.

Although that sounds completely and utterly weird – especially the fact that they’re filming it – it’s actually completely necessary for the survival of the species. I suppose watching them go at it is just an added perk of the job.