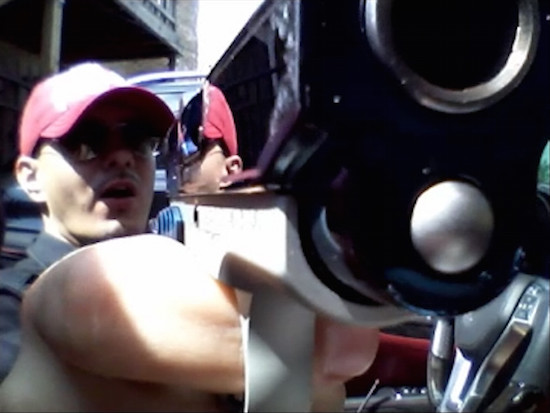 Imagine what you could do if you received a $25 million payoff – pretty much anything you wanted, right?

Whilst it might be awesome to just roll around with my homies in a car all day getting baked and talking shit, I think I would probably get pretty bored fairly quickly. I also think it’s probably not the best idea to invest my money in a life of crime as then I could quite easily be in jail instead of actually enjoying my money. But after receiving a $25 million pay off for a wrongful conviction this is exactly what Thaddeus ‘T.J.’ Jimenez went about doing.

He invested all of his money in building up his street gang the Simon City Royals and just spent his time driving around in his car, bragging about his gang and his guns whilst listening to opera music. Well, at least that’s what it looks like in the video below, which ends with him shooting some random guy in the leg for no discernible reason:

Not so good to get that on camera homie. Thaddeus is now going to jail for nine years thanks to this video and he’s probably not too happy about it. Still, money talks in jail and he’ll probably be the absolute king in there – I would probably value my freedom and $25 million more in that situation though.

For more idiot gang members, check out these guys trying to destroy Walmart but only making $2000 worth of damage. Amateurs.