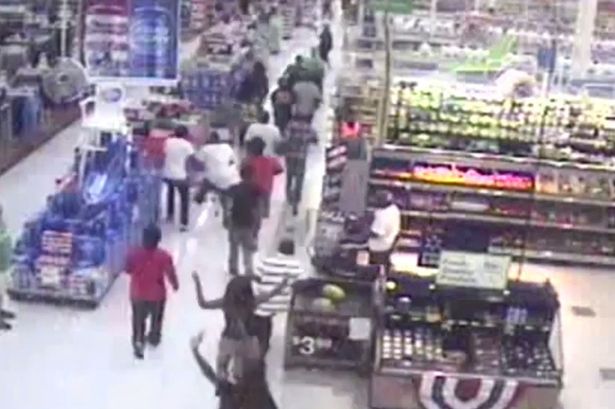 These guys are the WORST at vandalism.

In Macon, Georgia this week a bunch of young wannabe gangsters got together and hatched a plan to invade their local Walmart and basically wreck the place by destroying a bunch of merchandise. Reports say there were about 40 — 50 of them.

In the end they only managed to cause $2000 worth of damage — weak:

What a rubbish effort. If you’re going to piss your life away vandalising random shops at least be halfway good at it. I’d be seriously considering returning to school or starting an apprenticeship if I were these kids because they’re clearly no good at the gangster life.

Seriously, how do you only cause $2000 worth of damage? Don’t they sell massive top of the range TVs or something in Walmart? These idiots were probably just smashing CDs and food items or something. Learn how to be vandalise properly for us one time.

Worst gangsters ever — even worse than this one who got bitch slapped off his chair by his mate’s sister.