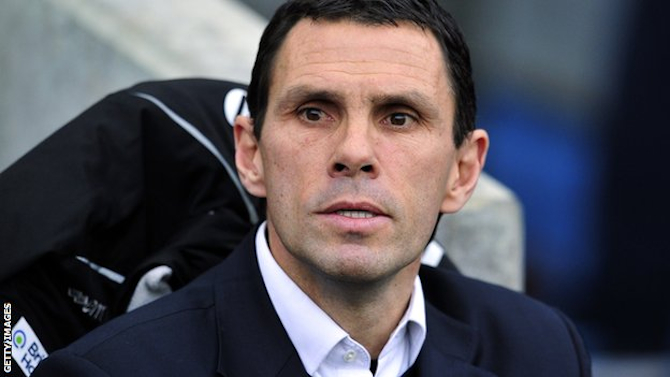 Losing your job is never a good time, but it’s a lot worse when you find out live on TV.

I don’t know how many people have been checking out the Confederations Cup, but I feel like it’s a really underrated competition despite the fact that there’s some completely sick football going on in it. Sure, Tahiti are completely trash but there have been some awesome matches, in particular the Japan V Italy game which I think is one of the best football matches I’ve ever seen. Seriously. If you’ve not been paying attention to the Confederations Cup then you’ve been missing out.

And after tonight you will have been missing out on more than just the football if you didn’t tune in, as one of the most cringeworthy moments in television history occurred live on air tonight during the half time analysis of the match. In case you didn’t know, since the end of the season Gus Poyet has been locked in some kind of dispute with Brighton – the club he manages/managed – and was suspended from his duties as manager. I’m not really sure what it was about but today Brighton decided that they had had enough and decided to fire him.

Unfortunately – for Gus Poyet anyway but probably fortunately for everyone else because we get to see this cringe clip  – Brighton decided not not bother informing Gus directly and instead just released a statement on their website detailing the fact he was fired. Gus then found out about this live on air whilst he was doing the halftime analysis for the Confederations Cup match between Spain and Nigeria. To be fair to the guy he kinda keeps it together and acts fairly dignified considering the situation but that doesn’t change the fact that it’s hilariously awkward. Like I said, you gotta tune into the Confederations Cup!