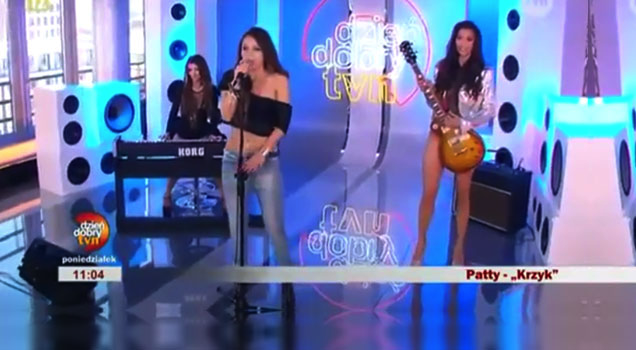 I have no idea where this video comes from or what country it comes from, but it seems to be one where the director of a music video/performance thinks it’s a good idea to grab the hottest girl in the room, make it so she looks like she’s wearing no pants and then give her a guitar and just hope for the best.

It’s clear she has absolutely no idea how to play a guitar whatsoever as she isn’t making any chords, holding a plectrum or strumming correctly and has absolutely no sense of rhythm or timing – all of which are pretty much the basic things you need to play guitar. As such, she just kind of stands there smiling and looking like a complete idiot, which is pretty much perfect if you’re looking for funny videos of people doing stupid things to laugh at.

I’m not entirely convinced the keyboardist knows what she’s doing either, but the guitarist is so much funnier, especially because she actually looks in her face like she has no idea what’s going on either.